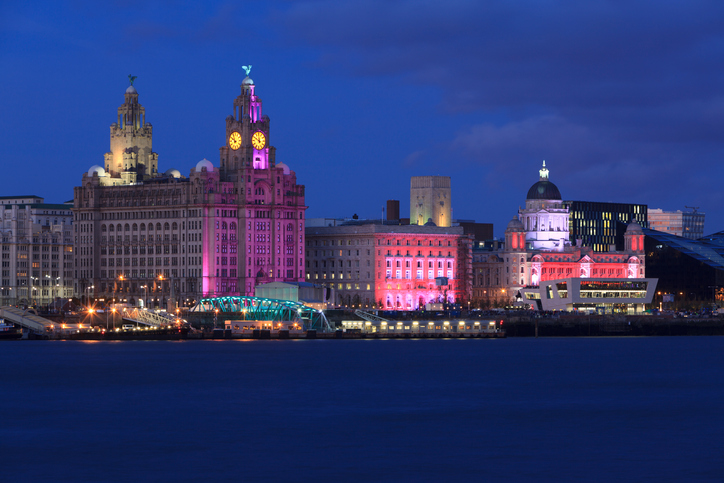 The Roscoe Head (24 Roscoe Street) is an authentic English public house bursting with character which has survived the onslaught on the super pub chains. It’s a local city centre pub which remains unspoiled; with patrons from all walks of life – regulars like Zutons singer Dave McCabe and ‘The Wire’ playwright Jimmy McGovern make for some interesting backroom debates. Pop in on quiz night and you may well meet Billy Hatton, former band member of The Fourmost. Politician Vince Cable has also been seen to darken their doorstep. The Roscoe Head is an award winning watering hole with six constantly changing guest beers and is one of only five pubs to feature in every edition of the Good Beer Guide.

You’ll travel back in time when you find Ye Cracke (13 Rice Street), another mellowed early 19th century character pub tucked up a side-street. In all honesty it’s more of an institution than a pub, with unpretentious locals and bearded students drinking real ales and local ciders pumped from six hand-pumps by a suitably feisty landlady. The oldest part of the pub is ‘the war room’ (men returning from the Boer War in South Africa were banished here to discuss the conflict, thus avoid boring others) which just oozes charm and atmosphere with local artists’ work of The Beatles adorning the walls – Ye Crackle was one of John Lennon’s old haunts when he was an art student and I suspect it hasn’t changed much since. There is a plaque to him and his first band ‘The Dissenters’. There’s also a nice beer garden out back.

Peter Kavanagh’ s (2-6 Egerton Street) is a throwback to a different era, 1840 to be exact, making it one of the oldest pubs in Liverpool. But what really makes it stand out from the rest is its interior. As you enter the pub there’s a curved wood panelled sitting area to the right, with 1920s seating. The walls are covered with original paintings by a Scottish artist, Eric Robinson, who painted two fascinating murals depicting scenes from Charles Dickens ‘The Pickwick Papers’. Myth has it that Eric ran up a massive bar bill which he couldn’t pay and agreed instead to paint the pub. You can easily spend a few hours in this pub inspecting the memorabilia hanging from the ceiling or decorating the other rooms. Several regulars have asked that a portion of their ashes be placed somewhere in the pub’s memorabilia. That way part of them still remains in their favourite drinking place, amongst their favourite hand-pumped real ales.

The Philharmonic Dining Rooms (36 Hope Street) is the eccentric jewel in Liverpool’s Victorian crown. It’s an opulent palace to all things flamboyant with its grand mosaicked counter, its heavily carved and polished mahogany partition walls, its intricately ornate ceilings, the stained-glass Boer War heroes of Baden-Powell and Lord Roberts, the dark wood panelled rooms named after composers Brahms and Liszt, the mosaic floor and copper panels of musicians above the fireplace in the Grande Lounge, the giant crystal chandeliers, the crimson leather chairs – it’s a shrine to excess that even Liberace would have found extravagant. Once you’ve taken in the glitz you’ll find they have ten good ales on pump, do a few wines by the glass and have an assortment of decent malts. It’s a gem of a pub from all angles – history, architecture, design and of course beer. When John Lennon was asked what the negative aspects of fame were he allegedly replied, ‘Not being able to have a drink at the Phil.’