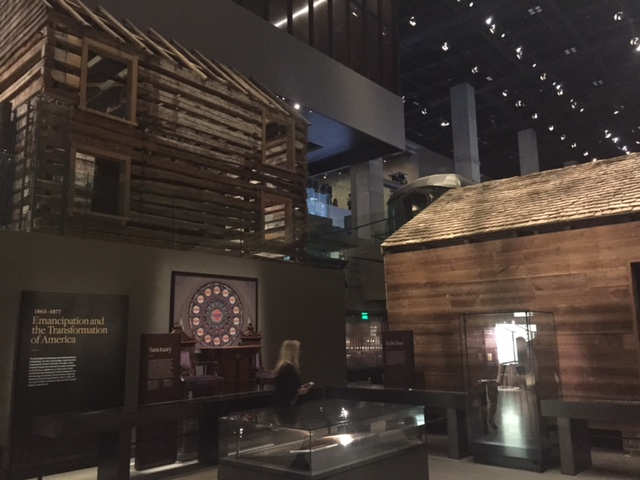 Hamilton tickets have become one of the most coveted cultural commodities of our day, but a timed pass to the Smithsonian’s new National Museum of African American History and Culture (NMAAHC) comes in a close second. This is in part because the museum, which opened on September 24, 2016, has fallen victim to its own success.

The average “dwell time” for most museums, which describes the length of an average visit, ranges from 75 minutes to 2 hours. At NMAAHC, however, the dwell time exceeds 6 hours and museum visitation hit the one million mark in February, just a few months after it opened. On April 5, the museum released another set of timed tickets for July 2017 (that’s right: you need to book months in advance) but set your alarm clock for 9:00am because the passes will likely be snatched up as soon as they’re made available. 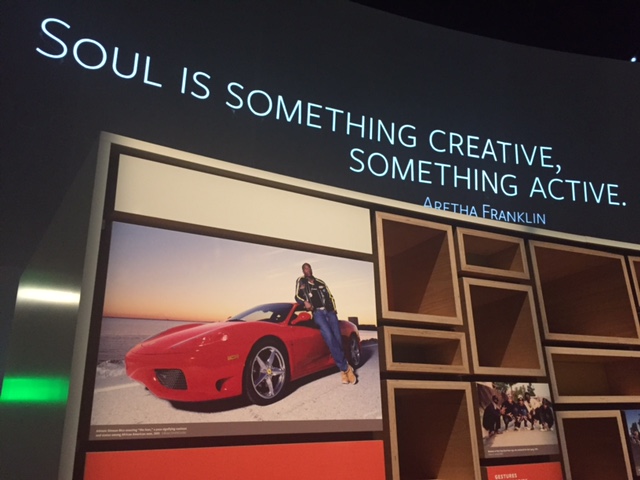 As a Caucasian-looking half Puerto Rican, I felt a bit anxious about my first trip to the NMAAHC. The history major, anthropology professor, museum studies junkie side of me couldn’t wait to get inside. But I also worried that my visit would leave me feeling guilty and depressed, as if I’d just finished reading another moving editorial on the importance of the Black Lives Matter movement or watching a documentary on mass incarceration.

I should have known better– we’re talking about the Smithsonian after all, and there’s more to African American culture than slavery. From the statue of Thomas Jefferson standing before a wall of bricks, each marked with the name of an individual that he owned, to the slave cabin, shackles and whips displayed in the Slavery and Freedom exhibit, the museum is replete with reminders of America’s dark and often hypocritical past. (Jefferson wrote the Declaration of Independence, after all.) But the museum’s curators also highlight resiliency, optimism, spirituality and creativity in exhibits that focus dance, sports, theater, and visual art.

My favorite was the Cultural Expressions exhibit, which features sections on foodways, craft and craftsmanship, social dance and gesture, language (including literature and poetry) and finally, style (Jacqueline Kennedy’s wedding gown, for example, was designed by pioneering African American fashion designer Ann Lowe). Dance aficionados will be especially impressed with the archival materials from a number of Broadway productions, Alvin Ailey American Dance Theater, and Dance Theatre of Harlem, including a poster from “Creole Giselle” and pointe shoes dyed from the their traditional light pink to match darker skin tones. 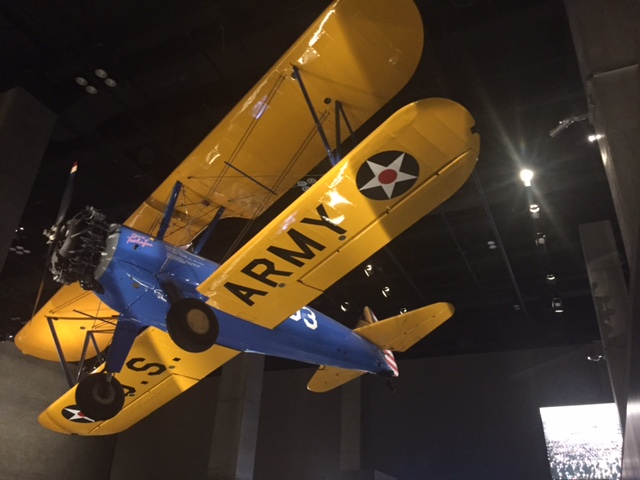 NMAAHC’s collection has grown to include over 36,000 artifacts, including a shawl given to Harriet Tubman by Queen Victoria around 1897, a bible belonging to Nat Turner, boxing gloves worn by Muhammad Ali and a bat used by Jackie Robinson. You’ll also find Ku Klux Klan hoods, stereotypical representations of African Americans in 19th-century figurines, an actual, life-size segregated rail car. For the 21st century, a poster reading “Justice 4 Trayvon” and a door from Hurricane Katrina, spray painted with the infamous “X-code,” are on display.

I should point out that during my first visit to the NMAAHC, I didn’t actually see any of the objects I mentioned in this last paragraph because the collection is so rich but they’re there, you just need enough time to take it all in– hence the six hour dwell time.

The NMAAHC is open 364 days a year (closed on Christmas Day) from 10:00-5:00pm. Like all Smithsonian museums, admission is free but you need a timed pass to get in. On weekdays, walk-up passes are available on a first-come, first-served basis after 1:00pm (however, due to congestion, this option is not available on weekends, and there’s not guarantee). If you’re feeling lucky, you can try to grab a same-day pass online beginning at 6:30am but your best bet is to plan well ahead and while you’re at it, start planning for your return trip as well because you’re going to need it.