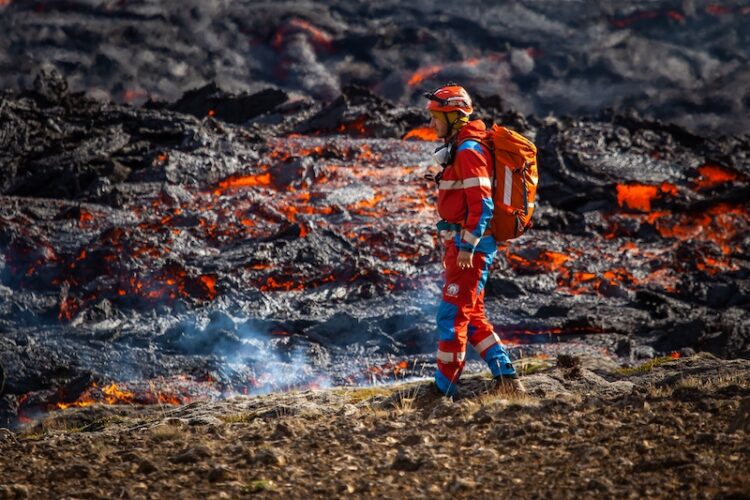 According to the Icelandic Ministry for Foreign Affairs, a small volcanic eruption occurred in southwest Iceland, approximately 20 miles from Reykjavik and 10 miles from Keflavik International Airport. A YouTube livestream of the eruption showed lava pouring from a fissure reported by the Iceland Monitor.

According to the Icelandic Ministry for Foreign affairs:

“We‘ve been expecting an eruption somewhere in this area since the series of earthquakes started last weekend. What we know so far is that the eruption does not pose any risk to populated areas or critical infrastructure. We will of course continue to monitor the situation closely and now we also benefit from the experience gained from last year’s eruption,” says Katrín Jakobsdóttir, Prime Minister of Iceland.

The 2010 Eyjafjallajokull eruption was disruptive to air traffic in Europe and across the Atlantic, grounding more than 100,000 flights during its most active period.