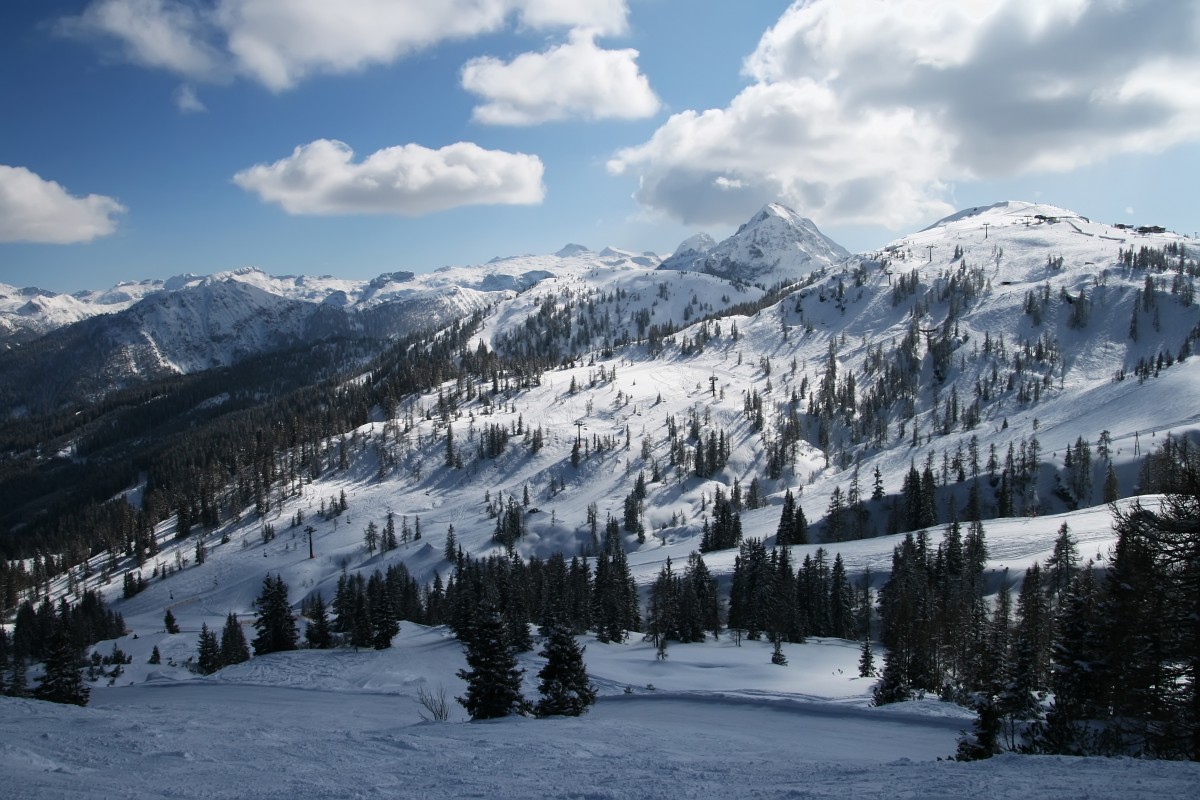 Like the perfectly groomed pistes which give you access to viewpoints such as the Kraftorte recovery point, where nature comes into focus and opens up unexpected perspectives inviting you to breathe in the views, enjoy the moment, recover and relax. Then there’s Königstour in the Hochkönig region – one of the most beautiful ski circuits in the Alps where you can stop and take in the surroundings at numerous locations. In Grossarl, there’s the Wilderer Platzl – a raised platform with a telescope – and a special children’s button lift and funslope with tunnels and a jump in Panoramaplateau. In Grossarltal, early-risers will have the pistes completely to themselves with ‘Skikeriki’ – early morning skiing followed by breakfast. Fans of high speed skiing can get their adrenaline rush on the Kreuzkogel’s WISBI slalom course and for athletes looking to recover between their activities, relax at the ski-in massage post at the Grafenberg mountain station in Wagrain. For those seeking a little peace and quiet, relaxation zones with panoramic views are found at various locations throughout Salzburgerland’s Ski amadé area.

The hotel to call home for the duration of your stay is the 4 star-superior Grossarler Hof, a member of the Small Luxury Hotels of the World group. Opening in 2009, it already has a host of awards and accolades. From the outside, it’s a traditional chalet-style hotel but the interiors are spacious and contemporary in native timbers, creating the typical cosy Austrian feeling with log fires, views from every window and two gourmet restaurants. The 49-rooms and family suites (all with balconies) are authentically decorated and spotlessly clean, with all the mod cons required for 21st century living. Be sure to ask for a view of the mountains.

Packages available:
• Two nights in the Grossarler Hof and one night at their tranquil Mooslehenalm Lodge, inclusive of breakfast, his-and-her wellness spa treatments and a private dining experience at the lodge (from €360) – available, subject to weather conditions from June to October only.
• A two night half board stay at Grossarler Hof inclusive private catch-and-release fly fishing instruction along the 17km long Ache River, with a picnic breakfast at the river’s crystal clear pond (from €293).
• To celebrate the lead up to Christmas (27 November to 20 December) the Grossarler Hof offer three-days of advent concerts, Christmas markets, a trip to the theatre and for youngsters there’s the Christmas post office and cookie making classes (€411).

• Shuttleberg in Flachauwinkl-Kleinarl is the total winter sports park. Here, everyone gets their money’s worth. Every cableway and drag lift has at least two runs, two variant groomed pistes, freeride slopes and cross passages – that’s besides the permanent and well-groomed facilities, like the speed course and the family run.
• Absolut Park, also in Flachauwinkl-Kleinarl, is one of the largest terrain parks in the Alps with superb freestyle facilities such as a kickerline, numerous rail and box features, a halfpipe, a superpipe and the special jib park.

In Austria’s largest ski region, you can try out a whole range of unusual leisure activities. In addition to fantastic winter walks, you can take-off in a paraglider, challenge yourself at ice climbing up frozen waterfalls, detox and relax in therapeutic Radon Caves, or glide through the panoramic alpine landscape in a hot-air balloon.