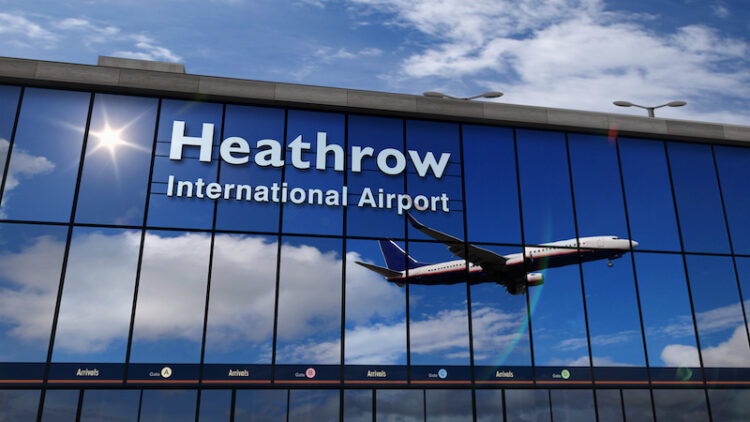 In a move aimed at reducing the ongoing disruptions caused by the surge in post-pandemic travel and staff shortages, London’s Heathrow Airport has extended the cap on the number of daily passengers through late October to 100,000 passengers per day. Originally, the limit on the number of daily passengers was to be lifted on September 11th. The cap was originally imposed in July but it appears the “”summer of air travel chaos” is being extended into Fall.

Airlines have already cut thousands of flights from their schedules, and the new airport-imposed cap is likely to cause even more cancelations as the airlines have been ordered to stop selling tickets to hold the quota.  Heathrow is London’s busiest airport and a major hub for airlines worldwide. Gatwick airport, the second busiest airport, last month began limiting flights. Amsterdam’s Schiphol is undertaking similar restrictions.

In an open letter to passengers of the capacity cap in July, Heathrow CEO John Holland-Kaye said: ” “Our assessment is that the maximum number of daily departing passengers that airlines, airline ground handlers and the airport can collectively serve over the summer is no more than 100,000. The latest forecasts indicate that even despite the amnesty, daily departing seats over the summer will average 104,000 – giving a daily excess of 4,000 seats. On average only about 1,500 of these 4,000 daily seats have currently been sold to passengers, and so we are asking our airline partners to stop selling summer tickets to limit the impact on passengers.

“By making this intervention now, our objective is to protect flights for the vast majority of passengers at Heathrow this summer and to give confidence that everyone who does travel through the airport will have a safe and reliable journey and arrive at their destination with their bags. We recognise that this will mean some summer journeys will either be moved to another day, another airport or be cancelled and we apologise to those whose travel plans are affected.”

Even with the passenger capacity limit, additional cuts may be undertaken to ease the congestion induced by the ongoing summer travel surge. “However, there are some critical functions in the airport which are still significantly under-resourced, in particular ground handlers, who are contracted by airlines to provide check-in staff, load and unload bags and turnaround aircraft,” making it a “significant constraint” to overall capacity, Holland-Kaye said.