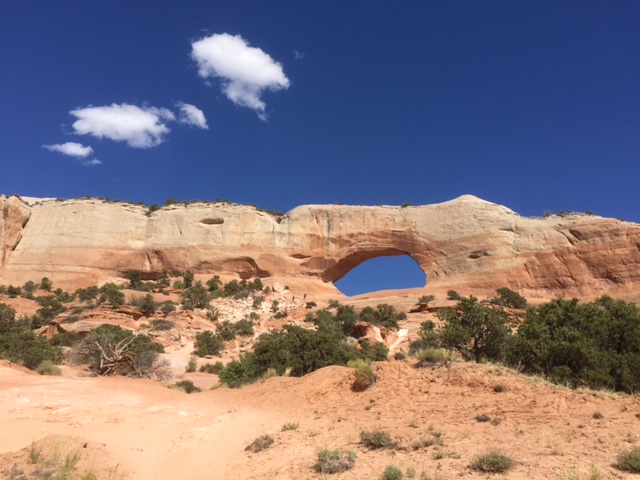 The best way to see the National Parks during the busy summer tourist season is simply not to do it. Stay home. Come back in the fall, when there are fewer visitors and lower temperatures. But if summer travel is your only option, as it was for my husband and me, follow these tips to beat the crowds— and the heat. 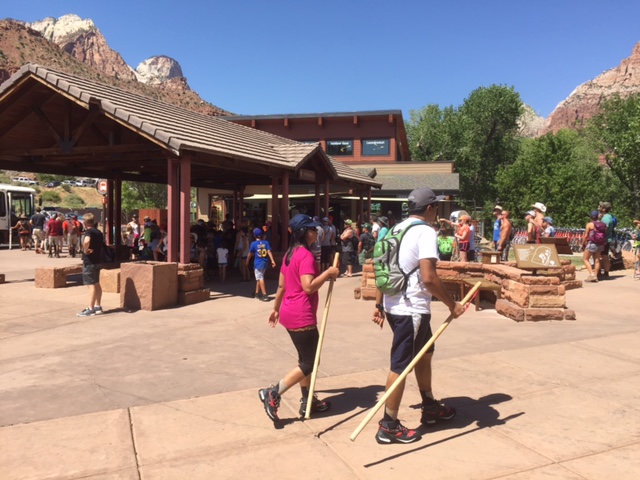 Start Early: Many National Parks actually close their parking lots during the day, either at a designated time or once they’ve reached a certain capacity. This is true from the giants like Utah’s Zion National Park, which draws several million visitors each year, right on down to the lesser known parks like New Mexico’s Bandelier. Both Zion and Bandelier (in addition to many other parks), offer a free shuttle service to take visitors from a central parking lot just outside of the park to the visitor center, but if you’re dead set on leaving your car within the park, aim to arrive as early as possible. Regardless of how you get there, an early start will allow you to log a few hours hiking before the temperature starts to climb. 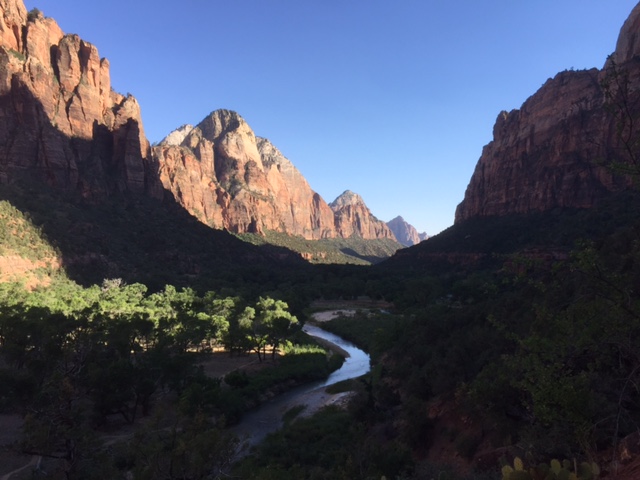 Or, Start Late: If early mornings aren’t your thing, or if your itinerary simply doesn’t allow for a crack-of-dawn arrival, wait until after 3:00pm to make a start. At some parks, like Bandelier, the main parking lot will eventually re-open after the afternoon crowds take their leave so you can bypass the shuttle (and the crowds) and head straight in. Temperatures will start to drop as well, making for a much more pleasant experience. Many parks remain open late into the evening and sunset can be a great time to take photographs or catch an evening Ranger Program. Be sure to do your research ahead of time, however, especially if there is construction going on. At Arches National Park, for example, the main entrance closes earlier on some days than others and many of the roads leading to specific points of interest were shut even sooner to make sure all vehicles were out of the park in time for work to begin. 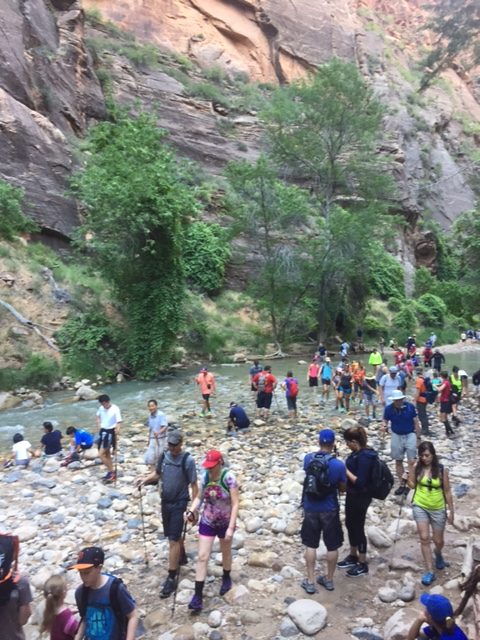 Buy an Annual Pass: Regardless of when you plan to do your sightseeing, grab an Annual Pass (sometimes also called an “Interagency Pass”) before you hit the trail. Most National Parks, including Arizona’s Grand Canyon for example, charge an entrance fee of $15 per person or $30 per vehicle (these rates vary at other parks but are fairly standard). This means that if you’re visiting just three parks, the $80 pass, which is good for a year, pays for itself. Bear in mind, however, that the National Parks Service is a government agency, and like many government agencies, speed isn’t exactly a priority. I ordered our pass two weeks before our departure but had to get it shipped to a friend in Colorado when I learned that it could take up to three weeks to process our order. Fortunately, it saved us a ton of money and time; when we arrived at Zion during a particularly crowded afternoon over July 4th weekend, a ranger allowed us to bypass the line because we had our pass and our IDs ready.

Avoid “Easy” Hikes: In addition to their iconic park maps, printed in chic, glossy brochures, most National Parks also publish a park newspaper or newsletter that you can pick up as soon as you enter. (These can also be downloaded from park websites in advance to help with planning.) The newspapers list a number of hikes, with details for each and a designation: easy, moderate, or strenuous. You should hike at your own level, and I’m not going to telling you which hike(s) to chose because that all depends on your health, physical fitness, the time of day, how much time you have, weather conditions, and so on. What I will tell you is that if you are at least semi-experienced at hiking, you’ll want to avoid the “easy” trails like the plague. These trails are usually the most popular with inexperienced day trippers, who want to see the National Parks but don’t do any of the necessary prep work to make the most of the experience, and you’ll find yourself fighting pedestrian traffic the entire way. “Moderate” trails are much less crowded and even hiking just a small portion of a more difficult trail can make all the difference.