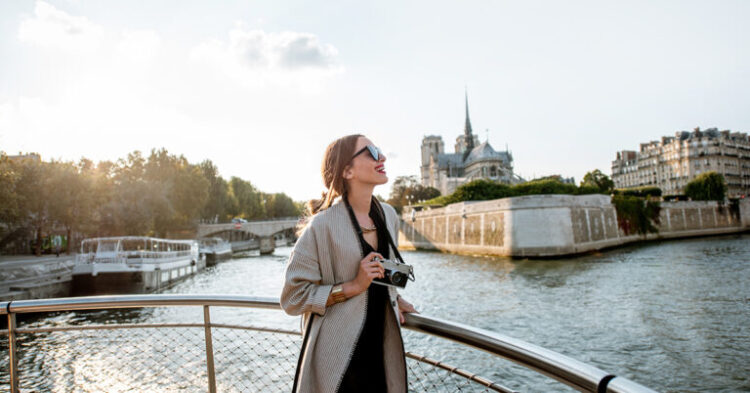 The most common mistake travelers make is NOT taking a camera when cruising. “After all,” they say, “a smartphone is all use when I’m home. Why should I also bring a heavier camera?”

Cruises represent new challenges most of us don’t face in everyday life. We don’t spend as much time outdoors; we don’t need to contend with never-ending glare, and our subjects are usually within eight feet of us. Also, we’re not visiting places to which we might never return.

For all those reasons, you should take a “real” camera on your vacation along with your smartphone. The best travel cameras weigh less than 2 pounds—including the lens—and are nearly unnoticeable. They also don’t need a flash to take amazing photos.

This leads to the second-most frequent error: Taking too much camera equipment. My heart goes to those carrying huge camera bags stuffed with camera bodies, lenses, and lighting equipment. Their gear can easily weigh 14 pounds, the carry-on weight limit on many aircraft. The photographers (or worse—their spouses) resemble beasts of burden as they stagger down the gangplank or wander around town with their heavy loads. They are too weighed down to savor what they see.

Most experienced cruisers and travel photographers agree that you’re much better off with a 2-pound camera slung over a shoulder, and carrying another small lens and your smartphone, in your pocket. In his article, The Two-Lens Travel Solution, travel photographer Adam Brown describes his take.

He recommends that one lens be a high-speed (f1.8 or better), “normal” lens that captures everyday life and gets you usable images in dim light. He recommends an ultra-wide zoom as the second lens since it captures what most people see with their eyes when they first encounter something interesting. He warns against carrying large zoom lenses, pointing out that most are too heavy and noticeable and seldom provide the speed and quality of a comparably priced fixed-length lens.

Despite all the camera ads and TV scenes depicting huge full-frame (FF) “professional” cameras, I see no reason to burden myself with these. Unless you’re a paid professional on assignment, you’re much better off with lighter and less conspicuous camera gear.

I favor APS-C format cameras that can produce wall-sized 16×20” and 20×30” prints. I like to capture more personal and quirky photos to bring back memories of where I’ve been. After shooting in 60 different nations with more than a hundred camera/lens combos, I’ve found that this is best accomplished by shooting with a small, fast semi-telephoto lens and an even smaller general-purpose zoom. This has resulted in me shooting with what’s often positioned as low-priced gear for novices.

While the lenses use the same fine optical glass as their more expensive brethren, they have less costly and lighter lens housings made mostly of high-quality plastic. Will these lenses be less durable if I mistreat them? Probably. But suppose I use them properly and buy all-risk insurance protection (typically adding 10% to their cost). In that case, they can be even better because they are lighter and less noticeable when shooting on the street or in public events.

The camera body is a Fujifilm X-S10 that weighs 16 ounces. At $999, the X-S10 costs less than half of Fuji’s new top-of-the-line APS-C model, the X-H2, and $440 less than their most popular APS-C model, the X-T4. I’ve owned an X-T4, but the X-S10 is lighter and has a better grip that permits easier one-handed shooting. It has the same sensor and imaging engine as the XT4, so its images are nearly identical.

The most significant difference is that the X-S10 body is not “weather-protected” like the more costly models. But, in more than 250,000 miles of cruising, much of it in polar regions, I’ve never had a camera fail because I couldn’t protect it against the weather. Again, taking precautions and an all-risk insurance policy makes all the difference.

The one feature which you shouldn’t skimp on when selecting a travel camera is in-body stabilization (IBIS). This steadies the camera using longer lenses if the lenses themselves aren’t stabilized. Good IBIS or lens stabilization is the best way to shoot successfully when you’re shooting below 1/60th of a second or the ship is pitching or rolling. The X-S10 and the XT4 use the same stabilization system; I’ve routinely taken sharp photos down to 1/10 of a second.

“Hey,” you say, “how can you go on a cruise without a telephoto lens? What about taking pics of animals from a distance?” The plain fact is that these photos seldom end up as “keepers” you’ll display or send to others. The ones you’ll treasure and frame are the close-ups of animals, especially those that include you or your friends. A telephoto lens will likely remain in your bag for at least 90% of the cruise instead of being mounted on your camera, as more useful lenses do.

If the cruise includes an African safari, you can rent a long telephoto lens for this special occasion, thanks to the Land Rover and guides that are also part of the safari package. Shlepping a three-pound lens won’t then be much of a problem.

Or, if you’re using a semi-telephoto as I do, you can easily crop the image so that it’s virtually the same as if you’ve taken it with a 500mm lens. I plan to do this when we’re on a cruise that visits Komodo Island this spring, to take photos of the 150-pound flesh-eating Komodo dragons from a safe distance. With the semi-telephoto and cropping, I should be able to get close-ups from 20-30 feet away.

Dr. Steve Frankel and his wife have cruised on most of the Seabourn, Silversea, Crystal, Azamara, Oceania, Regent, and Windstar ships. Steve is the founder of Cruises & Cameras Travel Services, LLC. He has been recognized as a “2021 Top Travel Specialist” by Conde Nast Traveler magazine and a “Travel Expert Select “by the Signature Travel Network. His specialties are luxury small-ship cruises and COVID-19 safety measures, and has a doctorate in Educational Research with minors in Marketing and Quantitative Business Analysis. He’s also earned a Certificate in Epidemiology from Johns Hopkins University. Previously, he managed qualitative and quantitative research in the private & public sectors. He’s a member of the Los Angeles Press Club, and has written 13 books and hundreds of articles. His email address is steve@cruisesandcameras.com.