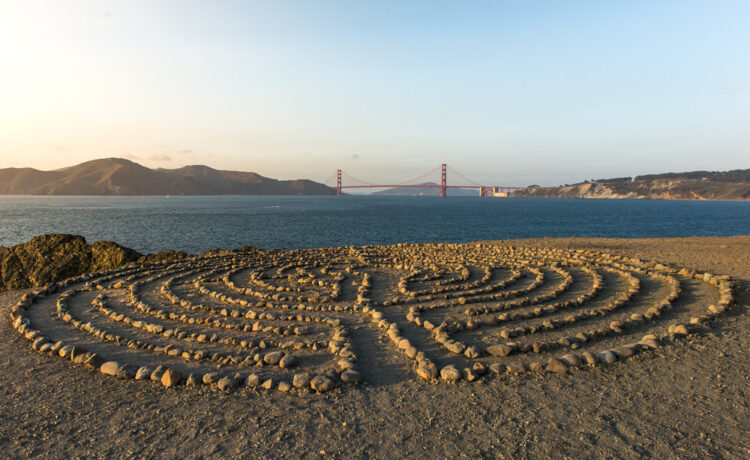 There are many nicknames for the city of San Francisco, including “The City.” There is “415” – the area code, “San Fran” – (don’t use this one), “Fog City” – self-explanatory, “Golden Gate City” – for the bridge, and even “Baghdad by the Bay” – with reference to the cosmopolitan nature of the population, much like that of pre-war Baghdad. Lately, The City has suffered from a bad rap, the result of outrageously expensive real estate, a vast disparity of income, a large homeless population, and a snarled traffic problem. But The City remains high on my list of great places to visit. One of my favorite activities in the Bay Area, however, is getting out of The City proper and heading for some of the surrounding nature and vicinities.

I recently flew into San Francisco on Delta, and checked into the Intercontinental Hotel, which became my out-of-town office for a few days of sightseeing. My travel advisor arranged everything for my journey and there were many pleasant surprises. From the airport into the city, a mask-wearing Uber driver had me to the Intercontinental in record time in light Sunday traffic. The room rates at the InterContinental Mark Hopkins made for an excellent refuge. 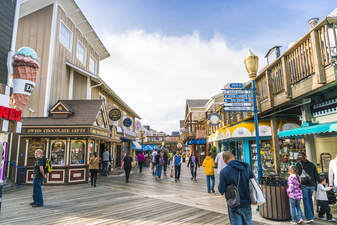 I always spend some time in San Francisco visiting favorite neighborhoods, experiencing the micro-climates, and sampling some of the food for which it is so famous. While my goal was a variety of road trips out of The City, I can’t go to San Francisco without a visit to Fisherman’s Wharf’s waterfront, usually one of the city’s most touristy areas, but the crowds are now appropriately diminished. I spent the afternoon after my arrival browsing through shops on the northern waterfront while enjoying the bay, Golden Gate, and Alcatraz views. To my delight, there were more sea lions basking in the sun than I had ever seen there before.

Muir Woods
Zip-Car is my go-to solution for transportation when flying rather than driving to a destination, and the next day I drove the 20 miles north across the Golden Gate Bridge to visit Muir Woods. If you have a National Park Pass (you should, especially now, ask your travel agent), there is no entrance fee. The primeval forest of old-growth redwoods towers above Redwood Creek into the sun and fog. These are the most massive trees on earth, and the well-maintained paths in the small park that is Muir Woods make a visit there easy to accomplish. 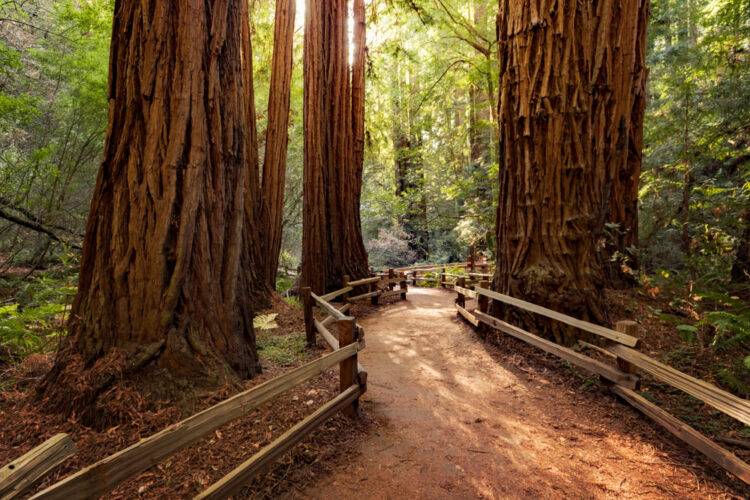 You will, of course, want to have your camera with you, and if you can go during the week, you can avoid the crowds that even in the time of Covid flocked there on weekends. On the day I visited, all traffic on the paths was “one-way” to avoid hikers coming at you from the opposite direction, which only slightly altered the experience. Because of Muir Woods’ location in the valley, there is no cell phone service, and parking reservations must be made in advance. This was a change from my previous visit, and, again, kudos for the advance warning by my travel agent!

Lands End
The next day, I ventured out to Lands End, a wild and windy area with stunning views located within the Golden Gate National Recreational Area. The site offers a perfect getaway from the city’s hustle and bustle with some of the best sunset viewing spots in the city. I explored the park’s trails winding around the rocky cliffs and enjoy watching the impressive Golden Gate Bridge changing colors as the sunset on the horizon.

When hiking in Golden Gate National Recreation Area, visitors are well-reminded to keep their distance from the cliffs above the ocean and always stay on trails. If you are not familiar with Lands End, Vestiges of Lands End is a digital guidebook of the area’s landscapes, geology, historic places, and artifacts. The Lands End’s trails wind their way around the massive cliffs above the water, through cypress and eucalyptus trees, emerging with terrific scenery and one of the best views of the Golden Gate Bridge. 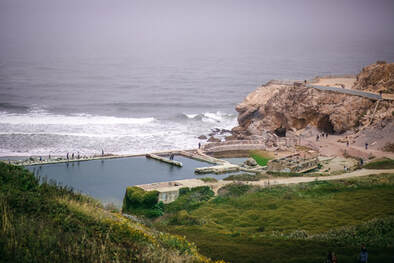 Of particular historical interest are the ruins of the amazing “Sutro Baths.” Designed by Adolph Sutro in 1894, the Sutro Baths were intended to be a recreational swimming facility for the citizenry of The City. The massive glass enclosure contained seven swimming pools along with slides, springboards, and diving platforms. The ocean supplied the water and could fill the 1.7 million gallons necessary in about an hour. The Baths could accommodate 10,000 people at a time. Never commercially successful, however, the Baths fell into ruin and were destroyed by fire in 1966 and have been part of the Golden Gate National Recreation Area since 1973. 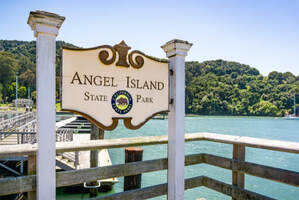 Having already been to Alcatraz, I decided to visit on my fourth day Angel Island, the second-largest island in San Francisco Bay, only a short ferry ride from the city. The island was originally the home of a military installation, but today you’ll find some great bars and cafes serving excellent food along with fantastic city views. Visitors can take a Segway tour around the island, but being a walker,  I opted for a two-hour guided tour with some of the San Francisco skyline’s most spectacular views with the Golden Gate Bridge and Mount Tamalpais as a backdrop. The 760 acres that make up Angel Island are well supplied with numerous picnic tables sprinkled throughout the park, and trails and hiking with 360-degree views of San Francisco, the Golden Gate Bridge, and the Bay are worth the trip. 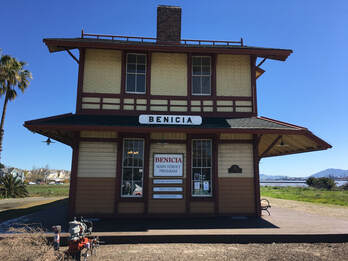 On my last day, I visited the village of Benicia once again. I am always surprised how even well-traveled friends who go to San Francisco often fail to discover Benicia. From The San Francisco Ferry Building near Fisherman’s Wharf, it is a pleasant ferry ride to this quaint village filled with art stores, excellent restaurants, and bars. Benicia was, for a very short time, 13 months in fact, beginning in 1853, the capital of California. The old state house is a treasure trove of antique furniture and historical artifacts. Jack London once lived here, and a marker on First Street memorializes Jack London as “The author who immortalized this locality in John Barleycorn and Tales of the Fish Patrol”. 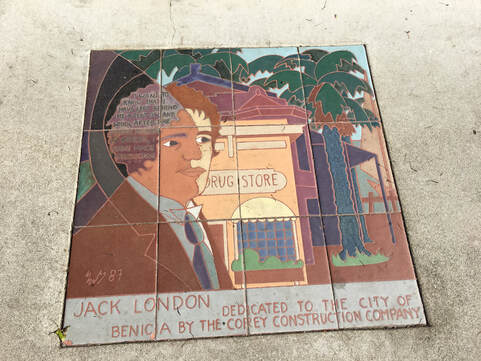 There is never enough time. On my many visits to the Bay Area, I have been fortunate enough to tour areas from San Francisco to San Jose and everything in between. On this trip, I had fully intended to find my way to wine country, but my short visit did not allow for a trip to Napa and Sonoma, only 40 miles north of Benicia. Likewise, I had to decline a return to Half Moon Bay.

I’m saving those two for my next trip to The City.

Next Article 60 Second Geography: The Enchantments of Scotland
Richard B. Earls