Take a Walk through Lisbon’s most Captivating Neighborhoods 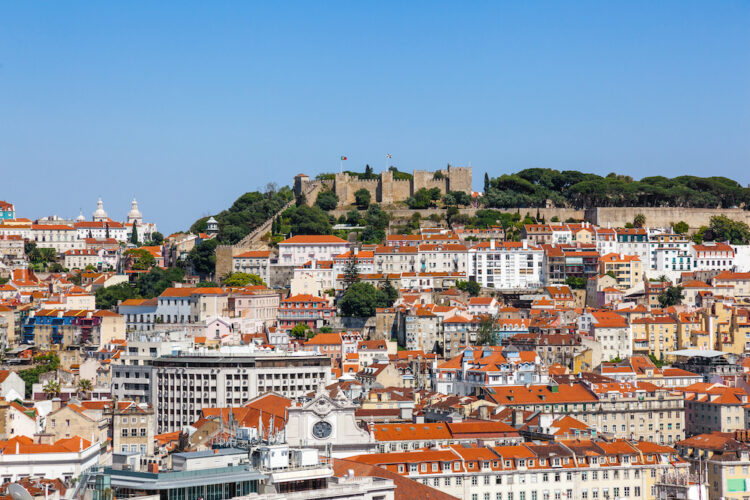 Portugal’s capital city, Lisbon, has a wealth of colorful neighborhoods to explore. The city bursts with history, and its narrow-cobbled streets are a delight to lose yourself in. Known as the City of Seven Hills, locals gather in the squares to shoot the breeze, and trams clatter up and down the hilly streets. Tiny cafes serve traditional dishes such as grilled sardines and Portuguese Codfish. The haunting sound of Fado music drifts from the bars. Exploring the fascinating bairros of the city is a compelling experience.

That’s not to say Lisbon hasn’t got one foot in the future. It has a vibrant LGBTQ scene and some outstanding contemporary architecture and is making a serious impact in the world of technology. Yet, as I discovered on a recent visit, it’s the hidden backstreets where the city’s soul is most evident.

In the past, Lisbon has often been overlooked by Europe’s more celebrated neighbors, such as Rome, Paris, and Madrid. However, more recently, there has been an explosion of interest in this unique metropolis, and Lisbon is claiming its rightful place amongst the great cities of the world. Although Lisbon is known for its steep streets, the city is easy to traverse using escalators, lifts, and trams. So which neighborhoods should you make tracks to when you visit the City of Seven Hills?

At the heart of Lisbon, Baixa is home to an abundance of grand plazas and broad avenues. The streets are lined with Neo-Classical architecture and have the highest density of hotels, restaurants, and tourist shops in the city. The whole area was destroyed by a devastating earthquake in 1755 and was rebuilt by the Marques de Pombal. From Baixa, the Santa Justo Lift transports visitors up one of the steepest hills in the city to the elegant district of Chiado. The iron tower has an observation platform with a panoramic view across the city. Nearby are the spectacular ruins of Convento de Carmo. The church’s roof collapsed during the earthquake on All Saints Day, killing many of the congregation. These days its bare arches are exposed to the sky, and the church doubles up as an archaeological museum.

Back in the day, Mouraria, meaning Moorish Quarter, was Lisbon’s poorest neighborhood and despite some gentrification, it retains a strong community vibe. Situated on a hillside and only accessible on foot, it’s crammed with charming squares along with cute cafes and bars. The steep cobbled streets hide nooks and crannies that are a delight to explore. On Beco das Farinhas, walls are lined with black and white photographic portraits, a touching tribute to the elderly residents who have lived in the neighborhood. Mouraria has the distinction of being the birthplace of Portugal’s melancholic Fado music. With its roots in poverty, yearning, and nostalgia, the legendary singer Maria Severa, lived in Mouraria and introduced Fado to the upper classes in the 1820s. Her home is now a Fado restaurant.

Next to Mouraria, the medieval neighborhood of Alfama is situated adjacent to the riverfront and was once the haunt of dock workers and sailors. A labyrinth of steep cobbled streets are flanked by Fado bars, traditional restaurants, and shops selling local crafts. Colorful tilework adorns many of the buildings, and a wander through Alfama is like stepping back into another era. It’s worth rising at daybreak to beat the crowds and take an early morning number 28 tram from Martin Moniz Plaza. Passing through Alfama and other neighborhoods, it’s a cheap and fun way to experience the city.  Alfama is situated in the shadow of Castelo de Sao Jorge, a Moorish castle atop Lisbon’s highest hill. Don’t worry about having to climb up to it – the castle can conveniently be reached by an escalator.

Easy to get to by tram, train, bus, or boat, Belem is located a few miles from downtown Lisbon. It was from Belem, situated on the mouth of the River Tagus, that the great seafarers such as Vasco de Gama and Christopher Columbus set forth. The Belem Tower, a 16th-century gateway and former defense fortification, acts as a ceremonial gateway to Lisbon. Nearby, the magnificent Jeronimos Monastery, a UNESCO World Heritage Site, is regarded as one of the world’s most beautiful churches. After a visit to the monastery, join the line next door at Pasteis de Belem to sample Portugal’s most delicious pastry, the Pastel de Nata. Concocted by nuns in the 15th century, the pastries are served warm and sprinkled with sugar and cinnamon. The lines may be long, but the wait is worth it. A little further along the road, Museo Colecao Berado is an impressive contemporary art museum exhibiting work by such artists as Andy Warhol and Pablo Picasso.

This laidback leafy neighborhood is home to antique stores and chic boutiques in addition to a scattering of cool cafes and cutting-edge restaurants. Chutnify is one of the latest additions, a hip eatery specializing in Indian street food. Jardim Principle is a lovely park with a gigantic 150-year old cedar tree at its heart, a perfect spot to escape the heat, sit in the shade, and watch the world go by. On Saturdays, an organic market takes place in the park, where farmers set up stalls and sell fresh produce from all over Portugal. Principe Real also happens to be the most LGBTQ-friendly area in the city. During the day, the vibe is chilled, but after sunset, the party kicks off, and the bars and clubs pulsate with energy.

The picturesque winding streets of Bairro Alto are quiet during the day, but at night the area buzzes with activity. Indeed, this is Lisbon’s premier nightlife hotspot, and the many quirky bars and restaurants draw both locals and tourists. At weekends the action spills out onto the streets, and the atmosphere is high-spirited. Traditionally, the area was a stomping ground for artists and writers, and it has managed to preserve its bohemian ambiance. Bairro Alto has some of the most colorful street art in the city, and it’s worth exploring the narrow streets to seek out vibrant works by both Portuguese and international artists.

Sue is from Brighton on the south coast of England and is passionate about travel and adventure. She has been backpacking and housesitting her way around the world since 2012 and has lived or traveled in over fifty countries. Sue has written articles and guides for a wide range of travel magazines and websites.