Have you watched a movie filmed in a familiar setting and recognized buildings, a restaurant or a street? Have you ever wanted to visit a location after seeing a film? Watch the “Borne Identity” and you will see many Parisan locations. If you are ever in Prague, look for the many easily identifiable scenes from the first “Mission Impossible”. Just outside Asheville, North Carolina in Lake Lure, you can see the spectacular backdrop for “Last of the Mohicans” and “Dirty Dancing”. Where are the terrific scenes in the “Lord of the Rings” trilogy filmed? You probably know that New Zealand doubled for Middle Earth. 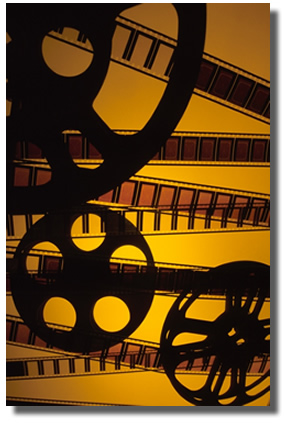 Researching and then visiting a film location is terrific entertainment as is visiting one of the over 1,600 film festivals held each year. If you are a film buff, there is no end to the game of identifying and then finding the locations of famous movie scenes. All you need is a Blockbuster account and a good travel consultant and you are not just off to the movies, but also on a very unique scavenger hunt.

The internet is a great place to begin locating your favorite movie settings. Go to Google, and use a search term resembling the following: ‘set location for “dirty dancing”‘ . Most likely, you will get back dozens of search results assisting you with locating scenes, sometimes with great directional detail and, on occassion, with the actual lattitude and longitude geocoding for you GPS owners! If you are traveling to a destination already, try a search styled as follows: ‘”film locations” Seattle’. You will be rewarded with references to scenes from “Sleepless in Seattle” along with detailed directions for locating the spots familiar to fans of the movie. Many cities, such as New York, London, Paris, Los Angeles, Vancouver or Chicago have appeared in so many movies that the challenge will be to decide from which movies you wish to choose!

A film festival is an event that lasts anywhere from a day to over a week and features films, films, films. They are held all over the United States and in several other countries as well. Many film festivals such as the well-known Toronto International Film Festival and the Sundance Film Festival are well established, each with over a twenty-five year history, while new festivals are popping up every year.

Many film festivals offer a variety of films including independent films, documentaries, gay and lesbian themed movies, full-length feature films, comedies, foreign films, music videos and more while others stay with one theme for the length of the festival. There are usually a few film premieres at each film festival and some, such as the Breckenridge Film Festival, are adding strong educational components to attract more visitors.

In addition to dozens of film showings, many festivals are located in areas that are worthy of a vacation alone. Who wouldn’t want to visit the beautiful mountains of Utah? The Sundance Film Festival makes that region even more attractive. When there isn’t a film playing that you want to see, you can ski the fantastic slopes. Want to visit France? Why not do it during the Festival de Cannes, one of the most famous and oldest film festivals in the world? 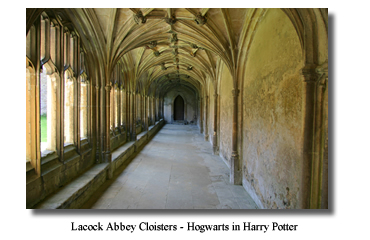 What festival to attend depends a great deal on your idea of fun. At many festivals, you will see big name stars touting their new movies and walking the streets, shopping in local stores and eating in the same restaurants as the attendees. Often the media will interview the stars about their feature films and their reasons for attending. Many times, it is possible to sit in on these live interviews an opportunity to see and in some cases, visit, with the actors and actresses, directors and producers who make the films.

Festivals typically double as business venues for writers, directors and producers shopping their scripts, hoping to make contact with the elusive financier or actor. As with the stars, there are often open interview sessions with directors, producers and writers.

Legendary film critics also frequent film festivals. It is always fun to watch the critics while they see a film for the first time and to hear their initial reaction. Maybe you will even get a heads- up on the next academy award winning movie.

If it is your goal to see and meet these famous people, choose one of the better known, more established film festivals. Almost every film festival has a web site. Visit the sites and see who has attended that festival in the past. The list of past attendees will be a good indication of the caliber of stars, directors, producers and media that are attracted to this particular film festival. Next, visit with your travel consultant to find the best possible travel package to your destination. The most well attended festivals book early in advance and accommodations can be at a premium. Your travel consultant will have access to professional booking tools and hotel allotments that they can often tap into for hard to get bookings. 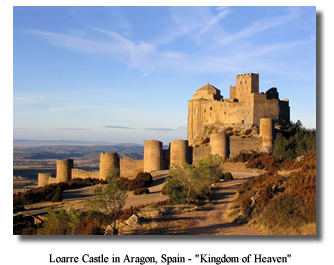 Film festivals are also an important networking venue for those hoping to enter the film making industry. Since so many important “players” in the industry are located in one spot, the festival creates an opportunity to make key business connections in a short period of time.

Location, location, location – always an important factor in any vacation or trip, location is also something to consider for a film festival vacation. Depending on your funds, you may wish to choose a trip close to home or one in a vacation resort. Again, if you want to combine the festival with other activities, explore the area to see the offerings. Don’t forget to factor in the climate. If you hate the cold and snow, you sure aren’t going to want to attend the Sundance Film Festival high in the mountains of Utah in January.

Many film festivals have added educational components such as workshops, presentations, classes and hands-on experiences in addition to the film viewings. There may be numerous opportunities to be exposed to all aspects of film making at a festival. Want-to-be actors, directors, writers, producers and filmmakers can get advice from the pros. There may be actual readings, production sessions and meetings with agents. Some carry workshops on public relations and marketing films. You may even learn how to finance a movie.

Perhaps the most important factor in planning a film festival vacation is the types of films you want to see. Some festivals host a variety of types of films while others will stick to one particular theme. As mentioned above, there are usually several films premiering at a festival.

Just as for any successful vacation, proper planning is essential. Some of the more popular film festivals are booked well in advance. Once you choose which festival you wish to attend, have your travel consultant check out the local accommodations. Depending on your price range, you may wish to stay at local motels or hotels, local bed and breakfast or maybe even camp. Ask your consultant to check for the availability of tour packages that might coincide with your visit, and which could mean additional savings by combining air, hotel and rental car. Taking along the children? Determine what opportunities are available for all family members and arrange child care at the accommodations in advance if necessary. If you are traveling to find famous locations for films, your timing is much more a matter of personal preference and budget. 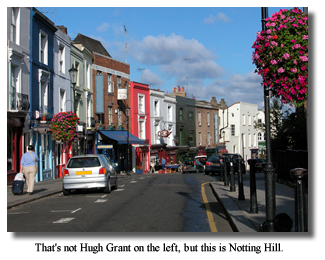 Ask local establishments if they have special film festival packages on lodging and passes to the movies and events. Some festivals have featured accommodations where film goers get better rates. This information is usually listed on the festival web sites or ask!

Check out the transportation situation at the festival. Not only do you need to know how you are getting to the festival, will you need transportation once you are there? It may be a small town and having a car would be a waste of time and money. Many festivals are doable by walking or utilizing local public transportation but find out in advance so you aren’t stranded in an out-of-the way hotel with no means to make it to the films! Get a map of the town to see the spots where films will be shown in relation to hotels and restaurants.

Determine if the festival has any dress requirements. Many festivals do require black tie for special events or screenings in a high-end hotel or venue.

Most film festival locations have plenty of restaurants and eating establishments but find out in advance if you need to make reservations. Some restaurants may be leased to corporate sponsors and you will be left making peanut butter and jelly sandwiches in your hotel room without proper planning.

You will also need passes to some events at the festival. Some festivals allow you the opportunity to purchase various types of passes depending on how many films you wish to see, events you wish to attend and days that you will be attending. You may be able to purchase individual passes or packages. There will be a great deal of entertainment and many parties at a film festival. Find out if they are private or open to the public and if your passes include any of these parties. Are workshops and presentations included in the passes? You may need additional tickets for such extras. Order your passes and tickets in advance.

Keep in mind that not all festivals have open screenings and events. Notably the Cannes Festival is largely closed to the public at large and invitations and passes provided to industry insiders. Research carefully the rules and regulations of the particular festival you wish to attend.

The highlight of a festival is usually the closing night when the “Best Ofs” are awarded, the best documentary, best feature film, best foreign film, best actor, best writer and so on, sort of like a mini-Academy Awards ceremony. The event may be fancy or rather casual, depending on the overall climate of the festival. Awards are usually distributed and it is a good time for “star gazing.”

Film festivals and film location vacations add a new dimension to travel. Planning in advance makes sure you make the most of your trip and avoids disappointment.