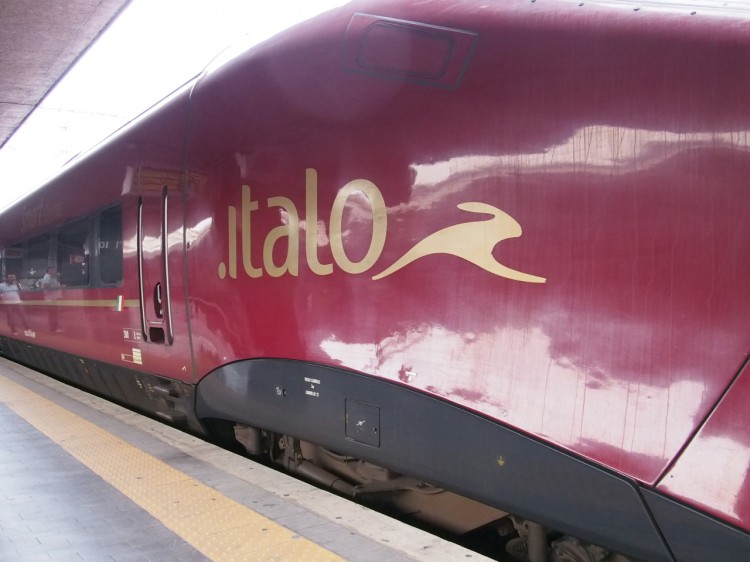 Independent travelers know that train travel is one of the most efficient and cost-effective ways to get from Points A to B in Europe. For decades, Italy’s Trenitalia has dominated the landscape for anyone looking to get almost anywhere by rail. But in the last two years, a new upstart has been trying to disrupt the Italian rail system, and they just might do it if the Italian government doesn’t exert enough financial pressure to make the company fold.

.italo (www.italotreno.it) is owned by NTV (Nuovo Trasporto Viaggiatori or ‘new passenger transport’). Seeking to offer more options for better fares, the company was founded in 2008 with the hope of increasing competition and bringing down costs for rail travel within Europe. Much like how Southwest Airlines revolutionized short-hop travel in the United States, .italo is fighting to change the dynamics of train travel in Italy.

Obviously, the Italian government doesn’t like competition for Trenitalia. They never had to try too hard to improve service, schedule or pricing to retain passengers.

Before they even got trains running, NTV complained that the Italian infrastructure manager, RFI, was trying to derail the company’s plans through last-minute network changes. After many delays, the first .italo trains began running on April 28, 2012.

In September, the government announced that the network fees levied on .italo will likely increase 20 million Euro in 2015.

On a recent two-week trip to Italy, I needed three different train journeys: Rome – Florence, Florence – Torino and Torino – Naples. When it came to the Rome – Florence journey, the fares between the two carriers were identical, and .italo passengers had to get to Roma Tiburtina for the journey, instead of just going through Roma Termini (main station), so Trenitalia won that battle.

.italo has been relegated to the Tiburtina station in Rome in an effort to minimize ease of use for their Rome-based journeys or arrivals; the company is hoping to offer services soon out of Termini but it seems unlikely tracks will be available soon at the country’s busiest station.

When it came to the two longer-haul journeys, .italo had Trenitalia beat by a mile. Fares were almost exactly half and travel times slightly less. The company’s new high-speed trains are quiet and comfortable, and even the ‘smart’ (coach) class offers comfortable seats, in-train WiFi and onboard entertainment through the .italo live portal.

If you speak the language (which I sadly don’t!), you can also elect a seat in the “Cinema” car with in-cabin movies via overhead screens, similar to those encountered on an airplane. If you’ve got your own device, the .italo live portal and free WiFi gives access to several English-language entertainment options including movies, travelogues and news.

Time will tell if .italo will make it and truly give Trenitalia a run for its Euro. If you are traveling via train in Italy soon, I recommend comparing fares and routes on sites for both .italo and Trenitalia before booking.

Europe Through the Windscreen (Part One)