Quietude is a term unbefitting of Hong Kong, one of Asia’s largest and noisiest cities. But amidst the incessant cacophony of human activity that fuels this bustling metropolis of seven million souls exists a rare oasis of peace and serenity quite at odds with its locale.  Nestled among the bamboo and fish ponds of Lantau island, the aptly-named Trappist Haven monastery provides pure sanctuary from the decibel-defying roar of the densely populated city. 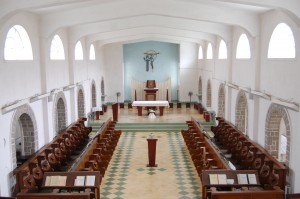 The largest and oldest-inhabited of Hong Kong’s 230 islands, Lantau was used as a hideout by pirates in the 1800s before its establishment as a trading post by British colonialists. In the 1950s it was sought as a refuge by Catholic monks fleeing Peking (Beijing) under the threat of persecution by Mau Zedong’s communists. While many monks died as martyrs en route, a small number made it as far south as Hong Kong where in relative isolation they established a religious community at Tai Shui Hang on Lantau’s east coast. There they built a church from foundation granite and oak in 1954.

Largely hidden from the outside world, and Hong Kong’s mass tourism, the monastery today is accessible via ferry and a scenic 40-minute woodland walk that passes through Lantau’s coastal fishing villages nestled half way between Discovery Bay’s upmarket residential zone and Mui Wo, the site of Asia’s largest seated outdoor bronze Buddha statue, Tian Tan. Now home to two dozen multi-ethnic monks of the Cistercian Order of the Strict Observance, a reformist Roman Catholic offshoot originating in the 16th century French town of La Trappe – hence the Trappist moniker – it is an ideal retreat surrounded by forested hills that offer a natural buffer to neighbours. 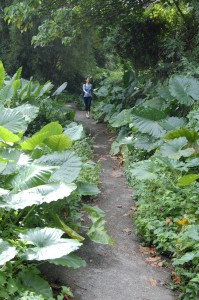 In 2000, the monastery changed from an official priory to Our Lady Of Joy Abbey and it stands as one of Lantau’s few remaining temples in the wake of the island’s rapid modernisation that has seen the 1999 opening of the nearby Chek Lap Kok international airport and Disneyland in 2005.

Expected to live in seclusion and personal poverty, Trappists are typically frugal and self-guided, governed by the timeless Rule of St Benedict, a sixth century precept espousing the ascetic traditions of prayer, meditation and manual labour. It is a mellow brand of Catholicism that includes a vow of stability whereby monks pledge to remain in the monastery, and a rule of silence observed both day and night. In earlier times, this rule was a strict vow excused only during daily prayers and accompanied by a series of hand signals as a means of communication.

As we stroll the monastery grounds, a sign politely requests we adhere to their mute discipline, or at least speak in hushed tones. Lantau’s grey-robed monks believe their no-talking pledge de-clutters the mind and re-focuses it on life’s larger issues often lost to the stress of busy workplace demands.

“It’s one of the aids to a life of prayer,” explains Abbot David Tomlins, of Australia’s Trappist Abbey, at Tarrawarra in Victoria’s Yarra Valley. “Our prayer is basically founded on the scriptures and to be able to listen to the word of God you need a certain silence in your life.” 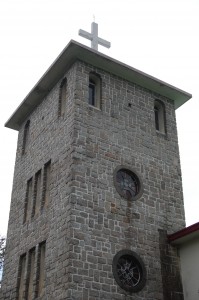 A consequence of the symbolic function of Trappist monasteries is to ensure the monks live a cloistered existence, cohabitating so as to sustain one another and provide for their own livelihoods in solidarity.

“No man is an island”, wrote the 20th century American Trappist Thomas Merton and Hong Kong’s monks are living proof of this adage. In keeping with Cistercian beliefs that a basic earthy life is one of religious abundance, Trappists view self-supporting work as a form of prayer. They follow an ancient edict stating, “you are only really a monk when you live from the work of your hands” and as such they have become adept at grassroots farming and animal husbandry.

As rural towns historically grew up around monasteries, monastic schools evolved to teach children lessons in innovative agricultural techniques. Many Trappist abbeys thus became working farms and in a common effort monks tended to vegetable plots, orchards and gardens.  It is a familiar scene throughout the world’s 171 Trappist monasteries where 2,500 resident monks and 1,800 nuns sell hand-made produce; bread, soft-pressed cheeses, jam and creamed honey, pottery, stained-glass – even coffins – to generate financial resources for themselves and their monastic communities. 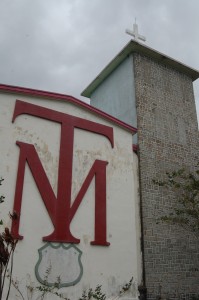 Since the 1700s, Belgian monks have also brewed and pasteurised their own low-alcohol beer in abbey cellars using ancient recipes consisting of spring water and high-quality yeasts. Unlike regular beer, Trappist ale improves with age and remains a popular beverage in Belgium and Holland where local laws protect the seven remaining authorized monastic breweries, including the famous Chimay, known as the ‘champagne of beers’.

“All of our communities try to support themselves so we generally have a farm or a small business – home industries so to speak,” says Abbot Tomlins, a visitor to Lantau’s monastery on several occasions.

The obligation of Lantau’s monks to live simply and sustainably has produced one shining example of small-scale food production – milk. In 1956 they established a dairy earning them good returns on regionally-famous “priest milk”, still widely available throughout city in returnable bottles imprinted with its red TM insignia.

In an industry saturated with over-processed ‘milk’ products, Trappist milk is considered by Hong Kongers to be the city’s purest, outselling other brands two-to-one. Consuming it daily is thought to prolong life according to its many advocates including the monastery’s most famous former resident Reverend Nicholas Kao Se-Tseien, the world’s oldest Chinese monk until his death in 2007, aged 110. Kao espoused a simple philosophy on long life; eschew anger and intoxication in favor of patience, vegetarianism – and Trappist milk! 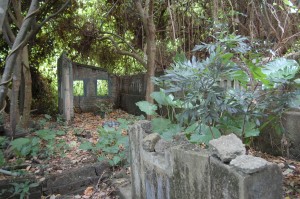 Although the dairy has since relocated to Yuen Long in the neighbouring New Territories, feral descendents of its dairy cattle can still be seen roaming the island’s hilly pastures.

“The milk has always had a very good reputation,” says Abbots Tomlins, speaking on behalf of the monastery’s ‘silent’ residents. “And it’s a business that’s now run from afar by the monks. They don’t do the work there but they’re still in partnership.”

The isolation of Trappist monasteries is designed to facilitate contact with the surrounding environment. As such many Trappists hold sacred a strong sense of nature, standing at the forefront of conservation efforts as they work the land and embrace the elements. Regarded as environmental innovators, monks rely heavily on their natural resources, placing much importance on initiatives designed to neutralize their impact on global warming. They are renown for their ecologically-responsible farming, water management, organic recycling, pesticide-free gardening and the preservation of the natural wilderness in which they often live.

As respected leaders in society, it is Hong Kong’s environmentally-minded monks who foster and empower attitudes of conservation and self-reliance. And in these carbon-conscious times, maybe we can all learn a valuable lesson in sustainability from their humble example.