You want to go to Australia this winter, but published fares are through the roof. Guess kangaroos, the outback and Crocodile Dundee will just have to wait for your arrival, right? Not necessarily. With a little patience and a good travel agent, you might just luck into one of the real secrets of inexpensive travel… international airline consolidators. 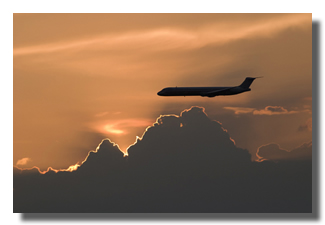 Before we go any further, a word of warning – do not try this at home. Your travel agent will be able to steer you to reputable companies that have actual contracts with the major airlines to sell discounted tickets. Trying to get a consolidator ticket on your own is a risky proposition. The members of the  United States Air Consolidator Association (USACA) sell their consolidator tickets only through legitimate travel agents. There are other very reliable consolidators, but only use those that have their own contracts directly through the airlines, not through other re-sellers. This is one area where working with a travel agent pays off in spades.  So with that warning…here is what you need to know.

Unlike domestic fares, international airfares are regulated by an airline organization, the International Air Transportation Association (IATA). However, every airline faces capacity problems… how to sell the most tickets at as high a price as possible. If the airlines always held out for their published fares, though, too many seats would go unsold. This is why many international airlines turn to consolidators for assistance. 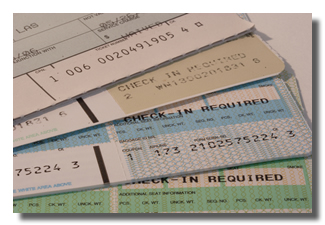 The best consolidators have contracts with airlines to quietly sell their tickets at a discount through travel agents. In return, bona-fide consolidators purchase large volumes of inventory from the airlines at a discount. The effect is quite remarkable: travel agents can sell international airline tickets at fares less, and often much less, than the airlines themselves. This can save you literally hundreds of dollars.

Not every consolidator holds a contract with every international airline. Most have several contracts, and some specialize in only certain geographic markets such as Asia or South America. Your travel agent will know which consolidators to use depending on where you want to go, and they will often check rates with more than one. The key is reliability, finding a company with a history of providing good service to agents and their clients. 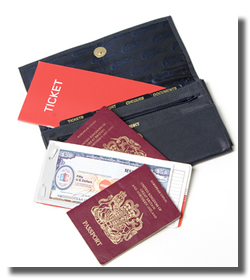 Using a consolidator ticket is identical to using a published fare ticket. On occasion, no fare is shown on the ticket, but this is normal. Your travel agent will also include the taxes and other fees that are a part of the actual ticket price. In some instances, but not all, the airline may even credit your frequent flier account for your miles, giving you a real bonus on your discounted ticket.

Consolidators are also the source for terrific bargains on “Around the World” tickets. These unbelievably inexpensive rates are geared toward extended, sometimes months-long trips circling the globe, hopping from one destination to the next. Constructing an around the world itinerary is part art and part science. Around the World tickets have their own rules and regulations, but every armchair traveler dreaming of a world-wide excursion should ask their travel agent for more information.

So what is keeping you in your armchair? There are bargains to be had on international airfares if you have a travel agent in the know…and you do!

One thought on “Saving Big on International Airline Consolidators”