Gaycations: Honeymoons in the age of Same-Sex Marriage

Maybe you’ve heard. New York recently became the largest state to legalize same-sex marriage. Previously, Connecticut, Iowa, Massachusetts, New Hampshire and Vermont, as well as the District of Columbia provided gay and lesbian couples with the opportunity to have their unions recognized as legal arrangements. With the momentum of a mainstream acceptance

of same-sex couples as families, the travel industry has begun to consider the ramifications of a new market for honeymoons, anniversaries and vacations. Yet, many questions remain about the process of choosing a destination, a hotel property and other accommodations. A surprising number of excellent resources are available to assist with the research and planning of same-sex travel.

Travel planning for the gay and lesbian traveler is both a very similar and yet very different experience than most straight travelers encounter. After all, travel is travel and many of the issues are the same: where to go and when, budget, with whom to travel. For gay couples, however, each of these seemingly simple decisions is complicated by the somewhat amorphous term “gay-friendly” and the issue of the extent to which a gay traveler will be allowed to travel openly, safely, and comfortably in a destination.

The economics are not lost on the travel industry. In general, gay and lesbian travelers travel often have an above average disposable income, comprising approximately 10% of the traveling public. Gay travelers are as varied in their choice of destinations as any other group, but have historically tended to pursue destinations that openly market to and recognize the gay community. Naturally, a  factor in the equation is the absence of absolutes. Bigotry can arise in the most “gay friendly” of locations and many supposedly hostile environments fail to live up to the reputation a vocal minority has fostered. Nevertheless, gay and lesbian travelers have long relied on additional advance planning to ensure trouble-free travel.

For same-sex couples, choosing a honeymoon or vacation destination involves seriously considering indigenous customs. According to the Travel Industry Association (TIA), nearly half of gay and lesbian travelers indicated a destination with a gay-friendly reputation is a prime consideration in leisure travel choices. Locating a destination where gay travelers can “hold their partner’s hand in public with no concerns for harassment” influenced more than half of gay men and two-thirds of gay women in their choices. This is not a surprise, since cultural norms in many countries frown on open displays of affection in any circumstance for any traveler, and for gay and lesbian travelers, this can even result in legal action.
For example, the Bahamas, Grand Cayman and Jamaica have historically not marketed to same-sex couples as segments of those populations have demonstrated a hostility toward the gay community. Likewise, many Islamic countries have strict social norms regarding affection in public even by traditional couples. 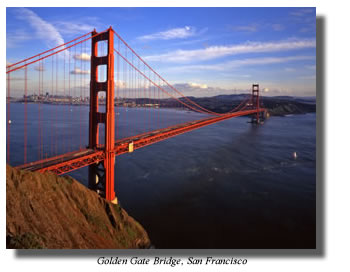 In the TIA survey, San Francisco was named the top “gay-friendly” destination in the United States. Other destinations in the list’s top 10 were Key West; New York City; Provincetown; Los Angeles; Miami/South Beach.; Las Vegas; New Orleans, and Palm Springs, Calif.
However, travel agents specializing in same-sex travel will also direct couples to other less popular or commercial destinations that welcome gay travelers, including small mountain towns like Asheville, NC. Europe has long been a favored destination as liberal same-sex marriage laws have long been in effect, with The Netherlands being the first nation to legalize gay marriage in 2001 followed by Belgium in 2003.

Gregg Welpe, owner of APB Travel in Dallas, specializing in same-sex travel, indicates that qualifying gay couples is a more focused undertaking than the standard honeymoon request as there is often a higher concern for privacy. “I have definitely seen a spike in demand for gay and lesbian weddings, primarily to New York City and Niagara Falls, followed by many honeymoons in NY state. This is definitely a win-win for the state of New York and agencies serving the gay market” says Welpe. “These are travelers who prefer to stay in higher end properties and who seek out a fun, hip atmosphere.”

Tom Nibbio, the business development director for the International Gay & Lesbian Travel Association agrees. “There has been a tremendous up-tick in interest from the travel industry. The gay community, in general, travels well. For example, gay men spend approximately 33% more than the straight community on travel.” Nibbio accentuated the positive aspects of the new laws on growth in the travel industry. “We prefer the term “gay supportive” when addressing the destinations and properties that are members of our organization, all of which have agreed to accommodate the gay and lesbian community without any discriminatory practices. Likewise, we encourage travelers to honor and respect the mores and traditions of the destinations they visit. ”

Historically, many in the gay and lesbian community have made use of travel consultants specializing in same-sex travel. Travel agent Welpe indicates that the web site “TAG Approved” (http://www.tagapproved.com/) is a tremendous research tool for choosing gay friendly hotels and attractions worldwide. The site lists more than 1,800 hotels meeting six qualifications for acceptance in their directory.  Welpe also recommends the web site Purple Roofs (http://www.purpleroofs.com/). Most travel agents have professional resources at hand to assist in selecting appropriate travel environments. These resources also provide direct and unbiased information on the quality and ambiance of various destinations and accommodations and the general attitude toward gay travelers. In addition, experienced travel agents will know which travel companies are capable of delivering quality services and have a history of providing reliable travel arrangements for gay clientele.

Surveys have indicated that a gay or lesbian traveler typically seeks originality, excitement, dining, local culture and affordability in their travel options. Which brings us back to our original point, doesn’t it? Travel is travel, and our small differences shadow our likenesses. All in all, a bit of expert planning will make honeymoon, anniversary and vacation travel for gays and lesbians every bit as comfortable and fulfilling as they want it to be.