The secret of Belgium’s capital city, Brussels, is to go with the flow and allow yourself to become part of its charming everyday life.

Having previously been ruled by Spain, the Netherlands and France, Belgium is one of those countries that finds it easier to describe itself by what it is not: it’s not French, nor is it Dutch, nor German. Belgium is a country with an identity crisis, in the most positive sense of the word, as its population speaks French, Dutch, German, Arabic, and even English, due to a large segment of expat foreigners. With all the variety, Brussels takes the mix in stride and pulls everything together into an offbeat, almost bizarre sense of place. 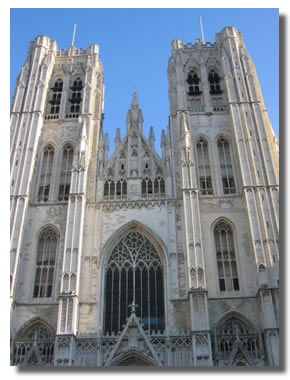 With this cultural diversity it’s no wonder that Brussels has seized the new century with a fresh vigor, leaving other European cities wondering who stole their tourists. One source of the tourism influx is Belgium’s fashion market â?? while other European cities rested on their laurels, Belgium became a might in style, surpassing France, while the buzzing sidewalk café scene has outmatched that of Paris.

Yet the urbanization of Brussels will not leave you woozy with its splendor, rather you will feel compelled to seek out its intimacy and explore its secret treasures.

The capital’s restaurants rival those of Paris and London – both in value and excellence. While it’s not an inexpensive city for dining, it has high standards, and restaurants that fall short of the mark simply close.

Mussels and chips is the classic dish and can be found in nearly all Belgian restaurants. However, certain districts of Brussels specialize in specific food: Ixelles has excellent Thai, African and Italian bistros, mainly around St-Boniface church. Place du Grand Sablon has an abundance of these restaurants, although they are a little more pricy.

Drinking in Brussels is a national pastime. The Grand’ Place is lined with terrace bars, full of life in the summer. Le Roi d’Espagne has the most ambiance, and Place St-Géry has designer bar terraces with oodles of mood, and the timeless art deco bar of L’Archiduc, which is claimed to remain open until dawn.

Most visitors to Brussels are on business, therefore hotel rates drop significantly over weekends, so don’t write off the five-stars entirely. The most celebrated, newer luxury hotel is the five-star Amigo, only a few steps from the Grand’ Place.

Of the mid-range options, the Mozart is oddly kitsch, and often noisy, but located just off the Grand’ Place. Overlooking the flea market in the Marolles is the Galia; and The George V is a budget favorite near the bars of St-Géry.

The main pedestrian drag, rue Neuve, is full of soulless chain stores selling clothes and shoes. Inno is a big department store, and the City 2 shopping mall has a number of shops, the highlight of which is the impressive Fnac music and bookshop on the top level.

Escape the shopping malls and try something more idiosyncratic, like the shabby area between Boulevard Lemonnier and the Grand’ Place, where you’ll find second-hand book shops and music and clothing stores. Off the Grand’ Place is the Galeries St-Hubert, filled with designer boutiques and quirky sidewalk cafés. 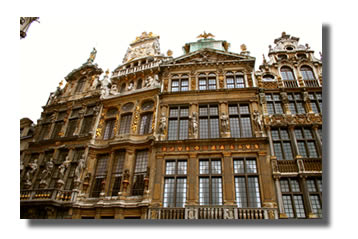 The lower city is centered around the superbly ornate Grand’ Place, considered by many as the most beautiful medieval square in all of Europe, with its elegant 17th century guild houses and narrow, atmospheric lanes leading off. In the summer, it hosts daily flower markets, often accompanied by concerts. Nearby, St-Géry flourishes with stylish bars contained in an old, covered market on Place St-Géry. The cafés, restaurants and nightspots buzz in the summer months, as does St-Catherine, a canopied terrace lined with seafood restaurants. Immediately south of Grand’ Place, amid the grimy old stores in rue de l’Etuve, is the symbol of Brussels â?? the little statue of the urinating rascal â?? Mannekin-Pis.

The upper town boasts dramatic architecture and parks, with a string of grand names along its Boulevard. The Royal Quarter overshadows everything else with the palace and the fountained Parc de Bruxelles leading through to the Belgian Parliament. The Fine Arts Museum boasts old masters like Bruegel, Rubens, Magritte, Delvaux and Monet.

A short tram ride from Brussels Montgomery to Tervuren takes you through several parks and the beautiful Ambassadorial district. Tervuren is home to the African Art Museum and Léopold II’s spectacular monuments and parks.

10 miles southwest of Brussels is the small Flemish town of Leuven. It has a big university and an even bigger history. Inhabitants amount to around 90,000 people, of which, students number around 22,000 – remarkable by European standards. The entire city lives off and with the University, founded in 1425 by Pope Martin V. It is considered to be the oldest catholic university in the world.

St. Peter’s Church is certainly worth a visit for its rich interior decoration. Go to admire the beautiful rood loft dating back to 1488, above which hangs a triumphal crucifix from around 1500. The chairs in the choir were sculpted between 1438 and 1442. Admire the magnificent 40-foot high sacraments tower and a baroque wooden pulpit in the nave. St. Peter’s Church holds two world-famous masterpieces in its treasury: ‘The Last Supper’ and ‘Martyrdom of Saint Erasmus’.

Leuven also boasts “the longest bar in Europe”, as it is generally called by locals -lining up more than 60 pubs that serve a great many of the 360 types of beer produced in Belgium. The Old Market Square offers plenty of choices to fit your mood. ‘Stella Artois’, the pride of Leuven, is probably the most uttered word on this square.

If you are seeking beer history, Belgium is full of it. In 1717, the master brewer Sebastian Artois gave his name to one of Belgium’s best-known export products â?? Stella Artois. And don’t miss the Den Horen – the oldest brewery in Leuven, dating back to 1366.

By the Sea and Beyond

Did you now that seven out of ten diamonds come from Antwerp, which has been the world’s largest diamond center for more than 700 years? Diamonds from mines all over the world are skilfully cut and polished, praised and appraised, bought and sold in Antwerp.

The coastal town of Antwerp also fizzes in fashion and the effect reaches far beyond her borders. Belgian designers have a solid international reputation, selling designs being sold around the world and showcasing them in spreads in today’s most authoritative fashion magazines. Antwerp has become one of the most important European trendsetters in the fashion world, drawing 6,000 visitors each year to the Antwerp Academy of Arts fashion show, the highpoint of the Antwerp fashion season.

Antwerp has unmistakably positioned itself as a unique, fashionable city. It is a mini-metropolis, culturally loaded and strategically packed-out, full of diverse physical characteristics and stark evidence of its finger-on-the-pulse global connections, still somehow behaving like an oversized village, albeit a happily peculiar version of one.

Antwerp is also the fourth largest port in the world and the second largest in Europe. It stretches for more than twelve miles along the banks of the River Scheldt, reaching up to Rotterdam and out to the North Sea.

Another seaside town is what every European country seems to have: a city that thoroughly encompasses all that the place holds dear. Bruges is such for Belgium, sitting proud and pretty, epitomizing the grandeur and perfection otherwise relegated to storybooks.

Its tag, ” Venice of the north”, is securely fastened. With canal boats, horse-drawn carriages and bicycles as readily-available transport options, the ethnic spirit is available for the visitor to swallow whole, hastening appreciation of the cultural niceties that zoom into view from every direction.

Inland, south of Brussels, is Liege, a sizeable and dynamic town on the banks of the River Meuse. It’s the intellectual capital of Wallonia and the birthplace of Georges Simenon, the prolific thriller writer. Despite some grim architectural reminders of its industrial days, the old center remains attractive and overflows with bars, cafés and restaurants.

Further south is Namur, a university town known as the gateway to the rivers and forests of the Ardennes. An eerie presence may overcome travelers walking through the cobbled squares, as this was where the 1992 serial killer docu-drama ‘Man Bites Dog’ was filmed. 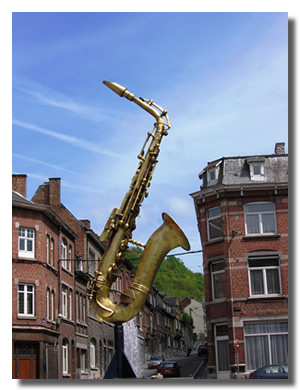 Hop on the train in Namur and head still further south to Dinant at the center of the Meuse Valley. Dinant is a pretty little town hugging the river beneath craggy green cliffs about 18 miles south of Namur – a handy base for venturing into the surrounding countryside either by boat, bike or on foot. Dinant is dominated by its two main buildings: the Citadel, which overlooks the town from a 320-foot cliff, and the Cathedral of Notre Dame, outsized against the surrounding structures and capped with a bronze dome. A famous native of Dinant is Adolphe Sax, inventor of the saxophone.

Nearby is the castle of Jehay, which was built in the 11th century and has, through the centuries, been home to aristocrats and royalty. It is a magnificent example of medieval Renaissance architecture, surrounded by a moat. Today it is owned by the Province of Liege who has opened it to the public. The castle is full of rare furnishings, silverware collections, antique lace, china, tapestries, books dating back to the 11th century, sculptures and paintings by the masters, and many other precious artifacts.

The marvel continues in the castle’s gardens, along the paths, arbours and fountains all along the main alley, bordered by cascades and nymphs, which are delicate works by Count Guy can den Steen. Ten contemporary sculptors take us on an artistic journey full of original works and installations in the surrounding woods. Between early June and the end of September, these wood magicians invite travelers for a stroll in the gardens and parks surrounding the castle.

Belgium is a quiet treasure, and there’s something about it that enchants its visitors. Maybe it’s the friendly welcoming people who, with three official languages, still find it easy to converse in English, the fourth language. Maybe it’s the stunning architecture decorating the quaint cobblestone squares. Or perhaps it’s the incredible cuisine. Whatever it is that excites you, you will find it here.