A Painting Tour of New York

Almost 47 million people from around the world visit New York City each year. The city offers much in the way of culture, entertainment, and cuisine. Local attractions have inspired many artists to pick up a brush throughout the decades. If you have never visited the Big Apple, consider arranging your itinerary around these works of art. Below is one such painting tour of New York that will take you to all the major sites. 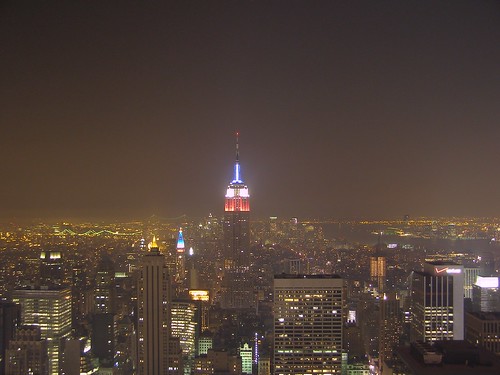 Let’s start with Frida Kahlo’s 1938 painting “What the Water Gave Me,” which portrays the Empire State Building erupting out of a volcano. It is easily the most well known building in the City. From the public lookout on the 86th floor, all you can see is an ocean of skyscrapers grasping for the clouds. The lobby of the building is currently undergoing massive renovations to revive the original details and make the 102-story building more eco-friendly. These changes include restoring the mural on the ceiling and increasing energy efficiency by replacing the current windows with recycled glass.

In 1983, Andy Warhol created “Brooklyn Bridge,” a piece of art that combines painting and photography. The bridge is definitely worth seeing. It crosses over the East River to connect Manhattan to Brooklyn. If you truly want to admire this impressive feat of engineering, you should skip the car and walk across. There is a separate pedestrian walkway so it is perfectly safe. It takes most people about an hour to get to the other side, which is a little less than one and half miles away. Most are slowed down by the stunning view of the Manhattan skyline. Be sure to bring your cameras. 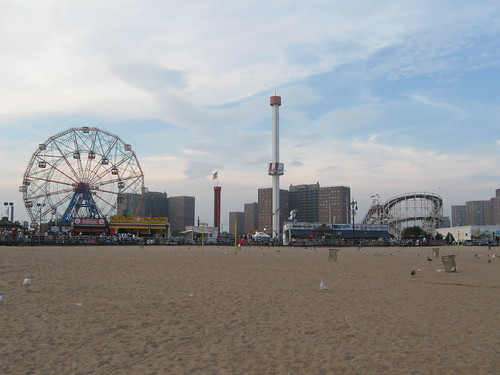 Henry Koerner’s 1947 masterpiece “Tunnel of Love” will take us to Coney Island. The artwork is inspired by the classic amusement park ride of the same name. Coney Island was once an actual island, but is now connected to the mainland by a landfill. It has a lot to offer visitors. You can get your daily dose of excitement on one of the many rides such as the Cyclone, a rollercoaster that has been making people shriek with joy for almost a century. There is also an arcade, a movie theater, and an aquarium. Of course, one of the most popular parts of Coney Island is the beach. You will find both tourists and locals walking along the boardwalk all year long.

The next stop on this painting tour will be found in Edward P. Moran’s “The Unveiling of the Statue of Liberty Enlightening the World,” which was created over 100 years ago in 1886. A gift from the French Government, many do not realize Lady Liberty is actually the Roman goddess of freedom, Libertas. Looming over the New York Harbor, it is a beloved landmark of the city. Tourists wait for hours for their chance to ascend to the observation deck located behind the crown. During the past few decades, the statue has undergone major restorations due to the deteriorating of the metal. It is scheduled to close for up to a year starting in late 2011, to continue these renovations. 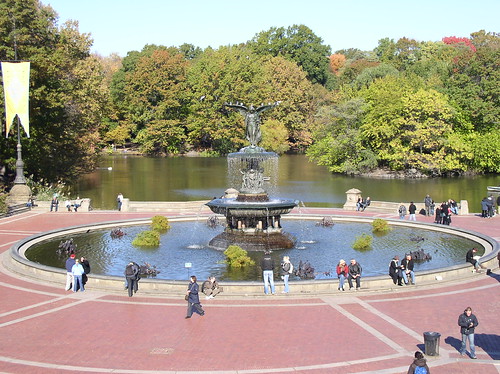 Our last stop is Central Park. Carl Nelson, a Sweden-born painter, picked up a brush to capture a moment of time here during the Great Depression. His 1934 piece “Central Park” depicts local children playing outside, despite the frigid temperatures of February. This area of New York has been drawing crowds since its opening in 1857. Nowadays, more than 20 million people walk through its gates each year. There is something quite beautiful about finding a small slice of nature within the concrete jungle. Central Park features more than just trees, however. There is a zoo within its boundaries as well as a large playground and a lake for fishing.

When you visit New York City, one experience you cannot miss is the subway system. James W. Keer’s 1931 “Seventh Avenue Subway” depicts a train full of riders engrossed in their own business. While this is how most locals are; for first time riders, speeding through the tunnels can be an exhilarating experience. The subway is also a quick and affordable way to tour the city.  During your visit to the Big Apple, be sure to create your own artwork, whether it is a photograph or simply a sketch on the back of the napkin you used at lunch.

Amber Watkins always knew she wanted to be a writer. After revealing her first novel at the tender age of seven, a fantasy story all of ten pages long, she was confident she had the skill and determination to reach her goal. Over the years she dabbled in various genres, pausing for almost ten years on poetry. Once her teenage angst had passed, she moved on to article writing so she could actually support herself and her family. Now she focuses on honing her craft as she takes on new challenges.