Brazil on a Roll

Brazil is on a roll, and its star city of Rio de Janeiro is the hub of all the action. 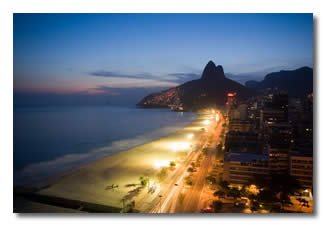 Rio may be the world’s most misunderstood city. Ask someone who has never been and they basically know Carnaval, an iconic statue of Christ, bikinis bursting with attitude and that the town is ringed by favalas. But there is so much more to Rio and the world is about to discover the energy of a town fueled by samba and soccer.

The tourism infrastructure of Brazil is strong. There are dozens upon dozens of resorts and hotels of the four and five star category and the building frenzy that accommodated the tourists attending the World Cup and Olympics certainly left its mark.

Rio de Janeiro is a beautiful coastal city, with problems, yes, but with a life and energy that has always drawn travelers from the world over. The dramatic mountains, the tropical coastal jungles and Sugar Loaf are all too magnificent to be ignored for long by North Americans, much to the dismay of the Northern Europeans who discovered Rio long ago and claimed it as their own bit of tourism turf.

Don’t doubt that the Brazilians can continue to pull off their extreme makeover. The country’s recent discovery of a vast deepwater oil reserve just off Rio’s coast may provide Middle Eastern style wealth to much of the nation is a few years and the economy continues to grow even through the recent world recession at a clip of about 4% a year. 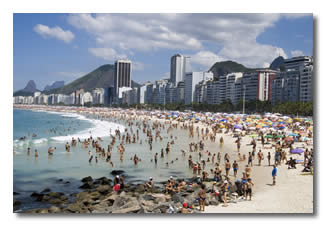 One fortunate effect of the improving economic conditions of the country is an increased improvement in living conditions of the general population and an quickly expanding middle class. While the Favelas are still there with their attendant poverty and violence problems, the government remains on a dash run to invest in cleaning up the shantytowns and to improve the basic environment of the hundreds of thousands who live in them. As those efforts get underway, even tourism has begun to take hold in the Favelas and visitors find their way into some of the safer streets and bars there, accompanied by guides and guards.

Brazil is on a roll certainly enough. A good travel consultant can get you there ahead of the crowds, providing you a glimpse of the old Brazil.