Charlotte, North Carolina is commonly neglected by the multiple books and websites that create lists of the best places to visit. When people think of the state, a couple things usually come to mind: either the talented athletes at University of North Carolina – Chapel Hill and Duke University or the gleaming beaches of the Outer Banks.

What many do not realize is that Charlotte is a bustling metropolis and an important financial city of the United States. With the amount of money and residents that have been pouring in since Bank of America made the Queen City its home base, the cultural features have also expanded. Charlotte now offers a variety of activities for both locals and tourists alike to explore its rich historic and artistic aspects.

For Civil War buffs, the Levine Museum of the South offers details of how life in the area changed after the South surrendered. This museum features a wide range of both permanent and temporary exhibits. “Cotton Fields to Skyscrapers,” the museum’s enduring display on the history of the region, features examples of settings past generations may have encountered. You can explore a tenant farmer’s house, a cotton mill, a lunch counter from the civil-rights era, as well as an African American hospital. Other exhibits on local culture and history are added occasionally.

It was a struggle for the Queen City to win the bid to become the home of the NASCAR Hall of Fame. Cities across the country submitted pitches as to why the museum should be built in their state. North Carolina is considered the birth place of NASCAR so many fans thought it was only fitting for the museum to be located there as well. After a long bidding war against Alabama, Charlotte was finally chosen. When the Hall of Fame was opened during the summer of 2010, the 390,000 square foot building attracted thousands of visitors. Within its doors you will find a treasure trove of NASCAR history – from memorabilia of popular drivers and teams to information on the people who have revolutionized the sport throughout the years. You can even get up close and personal with the car Richard Petty drove during his 27 race winning streak in 1967.

For those flying into Charlotte, be sure to stop at the Carolinas Aviation Museum located in the airport. As you see a plethora of local license plates, you will quickly become aware that North Carolina boasts the title of “First in Flight.” The Aviation Museum not only shows the state’s pride of that accomplishment, but also the importance of the next generation continuing to strive in this area. Its exhibits offer information on the development of the modern airplane. It also features over 50 aircrafts, most of which were manufactured during the 1950s and 1960s. If you are lucky, you will witness one of the rare flights of these historic planes. 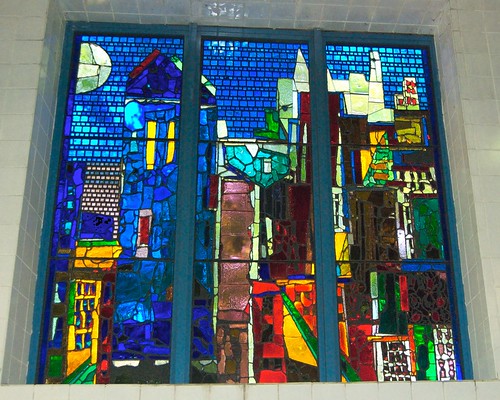 One of my favorite places to visit with my family is the Mint Museum. Housed in the old state mint building on Randolph Rd, this is the largest visual arts collection in Charlotte. The museum features ancient, Native American, American, and Contemporary works of art. The exhibits include a wide range of paintings, sculptures, and photographs, as well as other forms of creative expression. As you walk the halls of the displays, you will be struck by the emotion found among the portraits, landscapes, and still-lifes. The Mint Museum also has two other locations in the downtown area. One is dedicated to the crafts and designs of local artists and the other features a combination of the exhibits found in the other two museums. It is well worth your time to take an afternoon to explore the artistic riches housed within their walls.

If you find yourself in Charlotte, whether for business or pleasure, be sure to take the time to explore one or more of the cultural gems the city has to offer. Some may not think this area played a major role in this country’s development. Through visiting the above places, visitors will learn the rich historic value Charlotte, North Carolina boasts.

Amber Watkins always knew she wanted to be a writer. After revealing her first novel at the tender age of seven, a fantasy story all of ten pages long, she was confident she had the skill and determination to reach her goal. Over the years she dabbled in various genres, pausing for almost ten years on poetry. Once her teenage angst had passed, she moved on to article writing so she could actually support herself and her family. Now she focuses on honing her craft as she takes on new challenges.