Come On Over To My Place 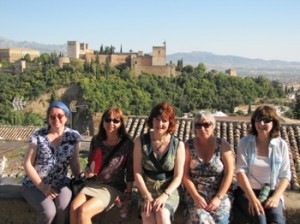 If you’re tired of being clobbered by hotel bills, find traveling alone has lost its allure, or you long to see a city through the eyes of a local, it’s time to go CouchSurfing.

That’s the amazing international initiative where people open up their homes to travelers and show them around the local sights. Although a free bed is certainly a huge attraction, it’s not just a scheme for cheapskates. It’s also the best way to experience a foreign country or a different city. Hooking up with a native who’s happy to be your guide will let you discover real life behind the tourist façade by hanging out at local haunts, seeing attractions off the beaten track, and getting tips on using the public transport. It’s free to join, and members post a profile of themselves and describe the accommodation they are offering. It can be a one-way affair too, since you can surf even if you can’t host.

The name conjures up visions of literally sleeping on a coach, but most hosts offer a bed in a spare room, although even an actual couch would be welcome if it comes with a fabulous view of London, Hong Kong or the Australian outback. Surfers can send direct notes asking people to host them, so if you fancy a few weeks in Hawaii, just log on and see who lives there. 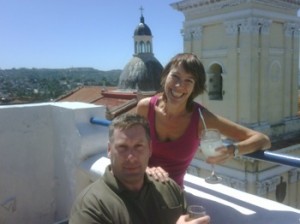 Couchsurfing.com was launched 13 years ago in America and now has members throughout in Europe, Asia and Australasia, spanning a huge variety of ages, cultures and interests. The scheme was conceived in 1999 when Bostonian Casey Fenton was planning a trip to Iceland, and randomly e-mailed 1,500 university students asking for a place to stay. He received more than 50 offers, and on the flight home hatched the idea of CouchSurfing. Now it has more than a million members in 240 countries  – even Antarctica – waiting to learn about your culture and show you some of theirs. Around 20% live in the US, with Canada and Europe well represented, and Paris boasting the largest community.

Suny Lou, 29, of Johannesburg in South Africa has traveled far further than she could afford to if she was paying for hotel bills. Lou couch surfed for three weeks in San Francisco and her host is soon visiting Johannesburg so she can show him South Africa. “It’s been a wonderful experience,” she says. “I’ve met people from different countries who all have a wonderful outlook on life so it’s really fun hosting them. When you stay in a hotel you don’t meet the people and you just see the tourist places, but when you have a host showing you around they know different places and quaint restaurants.”

Lou has also hosted for up to three weeks at a time, which sounds intrusive, expensive, and possibly dangerous, especially for single women. “You always have to be careful, but you can’t let the fear of something happening stop you from living,” she says. “You get to decide who you want to stay with and who stays with you.” 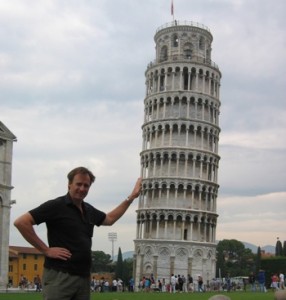 To improve safety the site runs checks to verify members and other people post character references on members they have hosted or stayed with. Committed members like to prove they are who they claim to be by completing the optional credit card verification system. They make a small payment and a code is posted to their physical address that they can enter on the website. That verification system is the only revenue stream for the organization.

When somebody asks Lou to host them, she reads their profile but concentrates more on references from people who have hosted them before. Then she goes on gut feeling as they communicate. Her biggest lesson has been never to judge a person by appearances. One Spanish man had a bizarre profile photo showing him with a plastic bag over his head, so Lou was a little perturbed when he asked to visit. He turned out to be her best guest ever. “He was really cool so we had a lot of fun. He was excellent company and I realised I can’t judge people from what they’re wearing.” Even if it is a plastic bag on their head.

Many cities have active CouchSurfing communities, where members meet regularly in a bar or for a picnic and any members from out of town are made welcome. Some of the biggest gatherings are the annual Berlin Beach Camp, which attracts more than 1,000 members, and a New Year’s Eve party hosted in a different European city every year. Discussion groups tell you what’s going on in your city or the places you plan to visit, and there are groups dedicated to different hobbies, so you can surf with people who share your interests.

One fanatic is Mauritzio in Milan, who is 53 and has hosted 500 guests. “A few were just guests, a lot of them are friends, some of them are really good friends,” he says. They have shared some laughs, some parties, some fun and some tears. Even some love, Mauritzio admits. 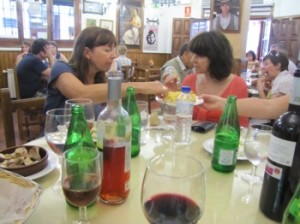 Sheldon Bakos, a 42-year-old architect from Johannesburg, uses CouchSurfing to meet local people in different countries. “CouchSurfing has changed the way I travel completely,” he says. “I’m thinking of going to Mexico soon and even before I book the flights the first thing I’ll do l go on CouchSurfing to see who is there and what they can show me. I don’t stay on their couch because I have the means to stay in a hotel, but I’m after that local knowledge and someone who can show me around.” In Cambodia he contacted an American member living there because he likes to find an English speaker who knows their way around. “He had a friend who was a tuk-tuk driver whose brother was a tour guide and they took us to their families and to a local restaurant where people didn’t speak English but served the most amazing food.”

Sheldon is still friends with a couple he met in Washington, while there are other people he never wants to see again, including one guest who abused his hospitality. “I’m openly gay on the website so I get a lot of women because they feel safe staying with me,” he says. “But if you have a bad experience just keep trying, because it’s a beautiful concept.”

Making the most of CouchSurfing:

Safety first: whether you are hosting or surfing, read other members’ profiles carefully and the comments posted by people who have interacted with them.

Don’t ever feel obliged to host anyone, especially if you feel uneasy about them.

The more information you provide, the greater the chance of being considered a trustworthy guest.

You can search for a host not only by location, but by their age, gender and interests. Send requests to several people, because some may not reply.

Try to fit in with your host’s lifestyle and levels of noise and neatness. If you’re a party animal, contact people whose profile reflects a similar nature.

Buy your own food and drink and be prepared to cater for yourself. Your host is a roommate, not a servant.

If you want to host, be honest about what you can offer. If your home is miles from any public transport, how willing are you to drive them around?