Have you ever noticed that despite being a spiritual person—or a good person—it all goes out the window when you hit that airport security line? Perhaps that’s what airports were designed for; to test your spiritual mettle.

I travel. A lot. So on my overseas trip of nearly 30 hours in the air, I created these quick tips to keep your sanity, and maybe a little bit of your spiritual practice, intact:

My husband, deeply spiritual man that he is, hates to travel. That is, he loves the idea of being there, but he hates the process of actually getting in the car, getting on the plane, and flying for umpteen hours, to say nothing of the packing and unpacking and endless trip preparations. 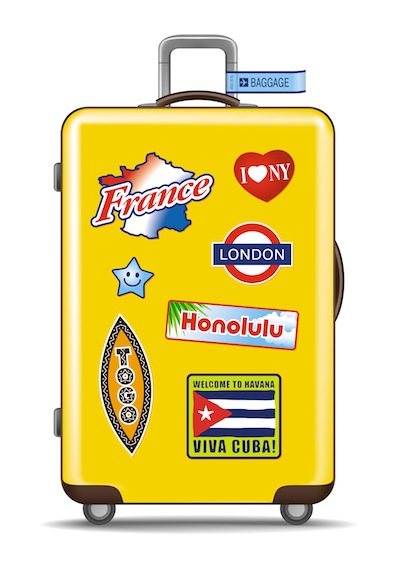 For the three days leading up to the trip, he is in a perpetual bad mood, which escalates until he’s actually sitting in his seat on the plane, too exhausted to do anything but grimace. Don’t do this.

• Pretend that this journey will be the best one you’ve ever taken.

• Any chance that you get to reframe from negative into positive, take it.

• Consider leaving some of your technology devices at home.

For example, when Greg forgot his laptop one time, he actually had a much better trip. So much better, in fact, that the last time he traveled to a foreign country, he actually took a Technology Shabbat and shut down all of his electronics for 48 hours. He said it was the best thing he’s ever done on the trip.

Act as if all is well, and it opens up the possibility that it will be.

I got to the airport for my last journey seven hours early. While I had hoped to be able to spend my time in the business lounge, an annoying combination of events stuck me in The Daily Grill restaurant for over four hours.

Instead of being frustrated, I chose to be grateful for my private booth and the power outlet underneath it, which meant that I could type to my heart’s content without using up any battery. Then I got down to the gate three hours ahead of time, thinking that I would be first in line, only to encounter a snaking line of people that practically went out the front door. As I stood at the end of the queue boiling with fury, I asked myself:

“How can I turn this around so that the experience can be a good one?”

People were driving me crazy, so I chose to focus on them.

At first, it was just a Chinese man with giant Elton John glasses. I looked at him and thought, “This is another human being and I love him.”

Then it was the Korean family with the screaming baby and the old grandfather who couldn’t shuffle along fast enough to keep the line from slowing down. I loved them, first individually and then as a family unit, then, as I looked at them again, as an example of our unity.

I was starting to feel better already, so I turned and looked at the huge line of people all around me and the teeming mass throughout the rest of the terminal. The sea of humanity represented everything, a microcosm of the macrocosm. I loved each of them and all of them as much as I could.

Just then, a security guard asked me if I already had my boarding pass, which I did, so she moved me to a line of just two people, and I was through with my check-in process and headed down to security within 15 minutes.

Direct cause and effect? I have no idea and I don’t care.

I took the opportunity to flip something on its head, and something got turned around for me. I was just grateful.

This one is something that makes sense at all hours of every single day.

In an airport, you can be grateful for the fact that you’re even there. 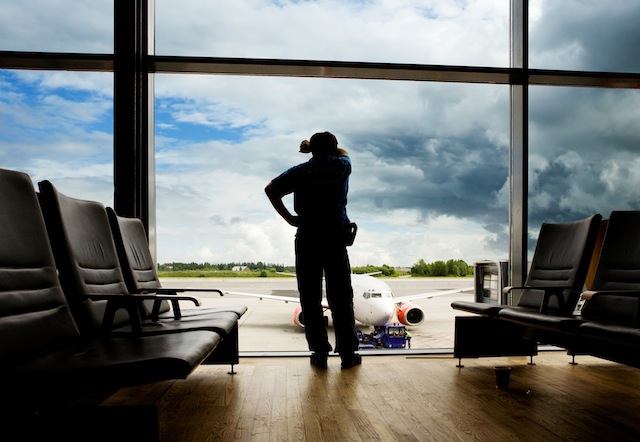 • How many people go through their lives without the privilege of being able to get onto an airplane to fly anywhere, even Detroit or Peoria?

• Do I realize how lucky I am that I’m the one going through the security line and not the TSA guy checking people’s ID?

• Am I aware that I have a laptop, a cell phone, an iPad, and an iPod that I can take out of my bag and run through security ( fussing the whole time what a pain it is)?

• Am I grateful I have a vacation or a business trip or a family obligation that allows me to escape (even for a few days) from my regular life?

And if you’re a true road warrior, don’t complain, either. You didn’t have to take that job, and your million air miles will come in handy when you finally give yourself that vacation you’ve always been meaning to take.

Be grateful… because you could be the poor schlub that always has to stay home.

A few deep breaths can be all that you need to:

• Back off from that place of wanting to kill someone

• Get less frazzled for just a moment

Breathe and relax, because you’re going to have to give up control.

Release The Need To Control Everything

It’s an opportunity, so take it.

Give up control here and maybe you can give up a little control in the rest of your life. Then other people will like you better.

I know it worked for me.