9 Reasons to Head to Memphis

Nashville may have been getting all the attention with a television show, but it’s not the only place you want to go to for the history of southern music and family fun. Memphis offers a look into the birthplace of the Blues, civil rights, and major attractions.

1. Graceland
You don’t have to be an expert on Memphis to know that Graceland is the top attraction in this city. The former home of Elvis Presley is open to the public. It’s a lot closer to a theme park than a house and you can easily spend an entire day here.

You’ll pick up a tablet and headphones to start your journey through Graceland, which includes narration by actor John Stamos. He’ll lead you through the Mansion, an exhibit on Elvis’ Hawaii, a look at the Lisa Marie and Hound Dog II jets, the Elvis Auto Museum, and more. Graceland also added a guesthouse in 2016 so you can stay right where The King did.

2. National Civil Rights Museum
The National Civil Rights Museum in Memphis easily belongs in a list of the best museums in the country. It is located at the Lorraine Motel, the very spot where Martin Luther King, Jr. was assassinated. Except for the rooms he was staying in at the time of the murder, the inside of the hotel has been gutted and remodeled to pay homage to civil rights.

At this museum, you’ll be able to walk through displays on slavery, freedom, and the pursuit of rights throughout the world. Exhibits include important sites such as the original lunch counter of the 1960 sit-in, the Montgomery bus Rosa Parks walked onto, and a bus from the Freedom rides.

3. Sun Studio
Plan to take some time in Memphis to take a tour at Sun Studio. This recording studio was opened in 1950 by Sam Phillips, one of the pioneers of Rock and Roll. Although he sold the label to Shelby Singleton in the late ‘60s, the studio remains pretty much equipped as it was. In fact, U2 recorded here with BB King not too long ago.

When you take the tour, you can stand on the spot where Elvis Presley recorded “That’s Alright” on July 9, 1954. You can also see where Johnny Cash recorded “Folsom Prison Blues” and “I Walk the Line.” The highlight of the tour is a photo of the “Million Dollar Quartet” – Carl Perkins, Jerry Lee Lewis, Presley, and Cash. 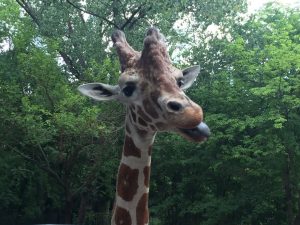 4. Memphis Zoo
A great zoo is always a perfect family destination, and it’s even better if the admission is free. The Memphis Zoo has not only been recognized as one of the best in the country, but it’s complimentary to all visitors and open most of the year (March-February).

You’ll find plenty to do at this zoo where you can witness feedings of giraffes, crocodiles, grizzly bears, and penguins. You can also check out the Sea Lion training and daily shows, visit Stingray Bay, or take a camel excursion. The scenery here is beautiful and you’ll find plenty of animals so plan on spending at least half a day.

The Stax Museum also explores the relationship between history and music, including tributes to Martin Luther King. You can also learn about the Stax Music Academy and see films here too, such as the Motown Film Series

6. The Bass Pro Shop Pyramid
You’ll notice a very unusual building as soon as you drive into Memphis. It’s the home of the largest Bass Pro Shops under one roof, and it’s quite a roof. The 535,000 square feet is all inside a pyramid. To get to the top, you take the country’s tallest free standing elevator. It’s 300 feet — taller than Statue of Liberty.

The term store doesn’t do this Bass Pro Shop justice. It’s all about the outdoors. They sponsor a Bow Fishing tournament, river cleanups, and Ducks Unlimited, the No. 1 wetlands conservation organization in the world. While here, check out the alligators, Uncle Buck’s underwater bowling and restaurant, where there’s a 60,000-gallon salt water tank, and an Archery Center (recently visited by Ozzie Osbourne).

7. Memphis Rock n’ Soul Museum
It’s not all about soul music in Memphis, there’s also a history of rock and roll in this town. The Memphis Rock N Soul Museum is a complete look into the transformation of the two musical genres from Elvis to Justin Timberlake.

This museum, which includes history as researched by the Smithsonian Institute, includes exhibits such as original artwork from memorable album covers. Take advantage of the free shuttle between this museum, Sun Studios, and Graceland.

8. Food!
All that sightseeing is bound to make you hungry and Memphis is the place to satisfy your appetite. Of course, barbecue is the highlight here and you’ll find plenty of restaurants (many with live music) on Beale Street, such as BB King’s. You’ll also want to make a stop for some of the pulled pork at Central BBQ.

If you’re ready for a barbecue break, check out Celtic Crossing, for the addicting Irish Nachos, and don’t forget to stop for dessert at Frost Bake Shop, the sole provider of cheesecakes and cookie dough for William Sonoma. The favorite here is Memphis Cream-Banana Cake, chocolate frosting, peanut butter, chocolate ganache.

9. Hotel Options
Memphis is filled with hotels for every style and budget. The most unique is certainly Big Cypress Lodge, which is right inside the Bass Pro Shop Pyramid. Instead of facing the outside, the balconies in these rustic rooms and suites face the inside of this one of a kind store inside a pyramid. Amenities include a free downtown shuttle.

If you’d like to be downtown, the Madison Hotel Memphis is a great choice. It’s a contemporary hotel with nice-sized rooms and within walking distance of many of the sites. Check out all the record albums covers in the elevators. They tell quite a story about this town. Be sure to have the Elvis Waffles (with bananas and peanut butter) at the eighty3 Restaurant and a drink with a view at their rooftop Twilight Sky Terrace.