Discovering the Isle of Man 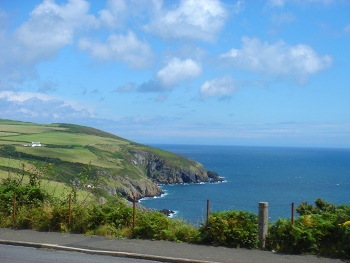 Sitting quaintly out in the middle of the Irish Sea, somewhere between Britain and Ireland, is the Isle of Man. A British crown dependency with its own parliament, known as the “Tynwald,” the island is not technically part of the United Kingdom, but its foreign affairs and defense are overseen by Great Britain.

Though everyone speaks English, the native language of the Isle of Man is Manx and you are likely to see it listed on signs all over the island.

Though it’s not particularly well known for nightlife or big attractions, the Isle of Man is a nature-lovers dream. A number of walking trails criss-cross the island, making it possible to hike almost the entire thing. Raad ny Foillan (“Way of the Gulls”) is a 95-mile-long trail that circumnavigates the Isle of Man, offering stunning coastal views. Many inland trails also offer access to the pristine, unspoilt forests and woodlands that cover much of the island. 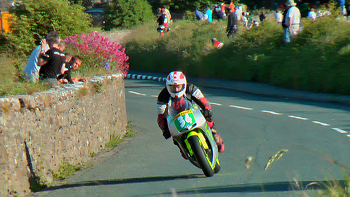 Each June, flocks of racing enthusiasts descend on the Isle of Man for the TT Races, an annual motorcycle race. The TT Races have been held since 1907 and take a course through the the island’s tiny, winding back roads. Meanwhile, if you’re the adventurous type, make for the Calf of Man, a small island off of the south coast, which is a dedicated bird sanctuary and also offers spectacular scuba diving in its relatively untouched (if not cold!) waters.

There are only a few settlements on the Isle of Man. 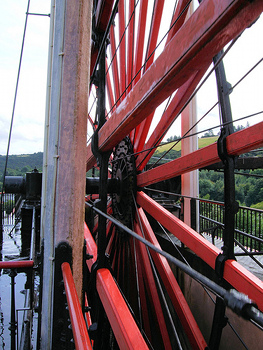 The largest of them, Douglas, is also the country’s capital city and was once a popular holiday resort for British vacationers. Marked by a long, wide promenade lined by Georgian bed and breakfasts, the city is home to a smattering of streets boasting a few pubs, such as Copperfields Old Tea Shoppe and Restaurant, where you can get a heaping English fry breakfast or taste the island’s two local ales, Okells and Bushy’s.

The sleepy village of Laxey – once a mining center – is connected to Douglas via the Manx Electric Railway, an open-air electric tram that skirts up the ocean bluffs north of the city, offering spectacular views of the cliffs and the Irish Sea. The village is only home to a few shops, but offers a connection to the Snaefell Mountain Railway, another electric train, while just up the road, the Laxey Wheel is one of the world’s largest working water wheels. 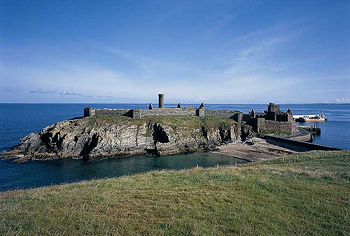 Castletown and Peel are both small towns located on the south and west coasts of the Isle of Man respectively. Castletown has a number of pubs and cafes on offer in its small maze of streets, as well as the nicely restored Rushen Castle, a medieval British castle built around 1200. In Peel, the impressive remains of Peel Castle stand on St. Patrick’s Island just off the coast. Monks once used this 1000-year-old fortress to hide out from invading Vikings.

Though the Isle of Man’s cuisine is directly influenced by British cooking, there are a few interesting tasters to be had here. Manx kippers, which are strongly flavored smoked herring, are perhaps an acquired taste, while fish and chips are a regular favorite. One unusual dish to try is chips (fries) covered in cheese and gravy, which you can find in virtually any pub or take-away around the island.