The Pattern Festival: An Irish Celebration 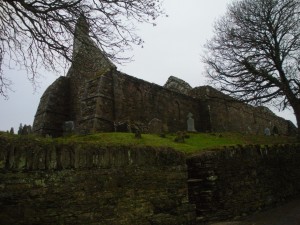 Every summer, Irish Counties such as Mayo, Kerry, and Waterford celebrate the “Pattern,” or their Patron Saint feast days. Ardmore, a sea-side village in County Waterford, upholds the true Irish spirit of its yearly Pattern Festival with full pints and traditional Irish tunes.

Having been settled by St. Declan before the introduction of St. Patrick to the Emerald Isle, Ardmore is said to be Ireland’s oldest Christianised settlement. Aird Mhór, meaning Great Height, has been attracting visitors from all over the country every 24th of July and has yet to disappoint with its picturesque cliff views and white sandy beaches. Referred to as, “Heaven on Earth,” by journalist and writer Fergal Keane, Ardmore is one of Ireland’s best kept secrets, and for good reason, too! 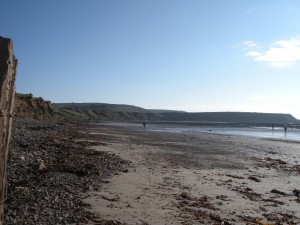 The Pattern Festival commemorates the life and times of St. Declan in the hopes of preserving and cherishing a sacred part of Irish history. Since St. Declan and his monks reached Ardmore by sea, the beautiful Waterford coast is celebrated through numerous water-based activities some of which include kayaking and power boating.  In 2010, The Festival played host to a segment of the ISA National Power Boating Championships.

A celebration for the entire family, The Pattern Festival is never short on activities for the kids. In previous years, The Festival has featured a kid’s disco, puppet shows, treasure hunts, and of course, the Children’s Fancy Dress Competition and Parade.

With traditional live music floating along the salty waves and a fireworks display cast over Ardmore Bay, The Pattern Festival truly sets the scene for an all Irish celebration. For more information about the festival see their website at: http://www.ardmorepatternfestival.ie/ 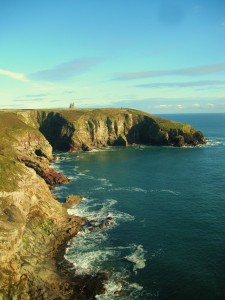 And while we’ve covered most of our bases, let’s not forget the most important item on the agenda; the food. Believe it or not, this 300 or so populated village proudly supports the only Michelin Star Restaurant outside of Dublin and one in three in all of Ireland. Perched atop a cliff overlooking the lush Irish hillside and vast waters is The Cliff House Hotel. Whether it’s drinks, dinner, or a full-length stay, including Well Spa, The Cliff House Hotel is sure to exceed expectations. For more information and access to easy booking, try their home page: http://www.thecliffhousehotel.com/

In addition to the excitement stirred by the festival, visitors are sure to take part in the well-known Cliff Walk. Beginning near the Cliff House Hotel and concluding at the main street, the Ardmore Cliff Walk encompasses some of Ireland’s most luxurious coastal views. It provides the perfect self-guided tour that takes you past many of the Festival’s recognized heritage sites including St. Declan’s Monastery, featuring various stone carvings on its outer walls; Oratory, dating back to the 8th century; and Well, which he used for baptisms. Located across from the monastery is the Round Tower that served as a belfry to the monks of Ardmore in the 12th century and was a place of refuge for their most cherished goods. As you reach the cliff’s side you will find Father O’Donnell’s Well, believed to have great curative powers, and the wreck of Sampson, the crane ship that became sewn into the cliff side in 1987.

If it’s a true Irish celebration you’re after, then look no further. Don’t be shy in raising that frothy pint high in the air and toasting to new friends and old traditions, because as Charles Haughey once said, “Ireland is where strange tales begin and happy endings are possible.”