Until the 2010 Olympic Games brought it to the attention of the world, Vancouver was a quiet British Columbia city that was often forgotten when planning vacations. The renovations and revitalization of city for the world’s biggest sporting event has left a region with great food, wine, culture and activities, all between the Pacific Ocean and the snowcapped mountains.

Granville Island
As you cross into Granville Island, the world changes quickly as you no longer feel like you are in big city. You won’t see a lot of cars on the road, but you will see people walking everywhere, checking out the boats (especially during prawn season in early spring). A good way to see it all is to take a walking tour with the Pacific Institute of Culinary Arts. They will tell you all about this quaint village, where you can take out a boat of your own, shop or just enjoy the scenery.

Even if you don’t take a tour with the culinary institute, don’t leave Granville Island without a visit to the Public Market. It’s guaranteed you have never seen anything quite like this, with a huge variety of food from every ethnicity imaginable. Grab a snack and people watch from the market’s deck, where you can look out at the city just across the short bridge.

Stanley Park
Stanley Park is a city in itself, with an abundance of activities. The first thing you should do is to take a tour to get acquainted with everything the park has to offer. The Horse Drawn Trolley is a lot of fun. For an hour, your guide will tell you all about the park, which has over eight million people a year visiting and is larger than Central Park in New York City.

You could easily spend a few days exploring Stanley Park in Vancouver. A few of the attractions you don’t want to miss are: the Vancouver Aquarium, Canada’s largest; the miniature train, a journey through the forest; the gardens, including the Shakespeare Garden and Rock Garden; the Variety Kids Water Park; and the Siwash Rock, where you will see a sea stack that’s 32 million years old. Stanley Park also has pools and beaches if you’d like to just have a lazy day while enjoying the view.

Culture
If you are looking to spend the day at a museum, you will have plenty of choices in Vancouver. Within the city, you will find the Museum of Vancouver, Burnaby Village Museum, Vancouver Art Gallery, Museum of Anthropology and the Vancouver Maritime Museum. The Gulf of Georgia Cannery is a good place to learn all about the fishing industry on the coasts of British Columbia. Cultural Tours can take you through the various neighborhoods for an in-depth look at the city. 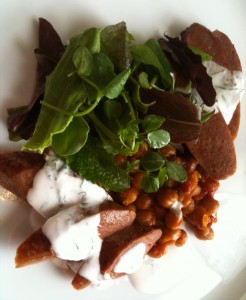 For those interested in the performing arts, Vancouver offers ballet, symphony and theater. You can even see 400 theater acts at once during the annual Vancouver International Fringe Festival. Each summer you will also find outdoor performances at the Bard on the Beach Shakespeare Festival. The Centre in Vancouver for Performing Arts has Broadway shows all year round.

Food & Drink
The Bacchus Lounge at the Wedgewood Hotel has been voted as the best place in Vancouver for cocktails every year for a decade. The selection is wide-ranged and they’ll mix the drinks up right in front of you. You can also find dozens of wineries on Vancouver Island and surrounding areas. The variety of wine being made this region is wide, from port-like Wild Blackberry dessert wine (Starling Lane Winery) and Heritage Hearth (Alderlea Vineyards) to more traditional wines such as Pinot Gris, Pinot Noir and Merlot.

Good wine needs good food and you will find plenty of restaurant options in Vancouver — the foodie scene has really stepped up since the 2010 Olympics. In the heart of the city, West Restaurant is the perfect place for regional food made from the season’s best. Head down to Gastown if you are looking for something a bit more young and eclectic, like L’Abattoir. If for some reason you can’t find a restaurant you like, there are always the food trucks, which offer a variety of options all over the city.

Whale Watching
Vancouver offers something else that you can only see in a couple of places around the world — an abundance of whale watching. This area of British Columbia offers the opportunity to watch Pacific grey whales, minke whales, humpback whales and even killer whales. While the opportunity exists to see these magnificent creatures throughout the year in this area, the peak season is generally from May until October. Tours range from hour-long boat trips to week-long travel on sail boats. Plan your excursion in advance and don’t forget to bring your camera.