The Vaughantown Experience: The Untour of Spain

Spain has its intricate architecture, its exquisite museums and its delectable cuisine, but its people are one of its greatest assets. If you seek an atypical travel experience that allows you to get up close and personal with the Spanish people, while receiving a week of free room and board, consider the Vaughantown Program 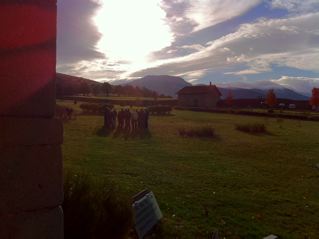 language immersion program. No, you do not need English as a second language certification, or English teaching skills. In fact, forget everything you know about traditional language teaching. Vaughantown does it differently.  At Vaughantown, you teach English by dining, conversing, performing plays, dancing and partying all night with your students. No Spanish language skills?  No problem! Since you are not allowed to translate any English words into Spanish, your lack of Spanish-speaking skills might make you an attractive candidate.  In exchange for ease your services, you receive: 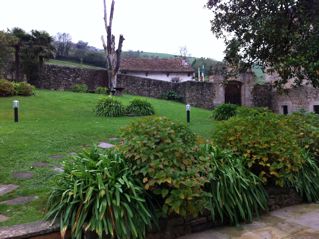 An 11th century wall surrounds the Medieval town of Barco de Avila, where Roman and Arabic architecture transports you back in time. Your hotel room, which features a single or double bed, a telephone, a bidet and a whirlpool bathroom, boasts speculator views of the nearby Gredos Mountain Range.  The daily walk brings you past chapels, castles, an aqueduct and a Medieval prison.

Valadelavilla, a remote village in the Soria Mountains, has a history worthy of a film script.  It began as a 19th century resort town, was abandoned during the 1960s and reborn in the 1990s. When Vaughantown creator Richard Vaughan discovered the abandoned Valadelavilla, he decided to transform it into a town where only English is spoken.  The earliest Vaughantown programs were held here.  While the lodging venues have some 21st century conveniences,  the buildings maintain their historic ambiance.  Participants stay in restored village houses. Each person has a private room and bath, but there is no Internet, television or cell phone service.

Volunteers in Contabria stay in a renovated palace, called the Palacio de Sonanes, or “jewel of golden stone.”  The 4-star hotel’s rooms feature antique furnishings and French patio doors.  The maritime city of Santander is just a few kilometers from the hotel. Your daily stroll takes you down cobblestone streets and past Renaissance mansions that have withstood the test of time.

The Sheraton Santa Maria de El Paular hosts volunteers for the Vaughantown program in Rascafria. It sits next to a 15th century monastery that houses a small Benedictine community.  The hotel boasts a 17th century courtyard, whose restoration remained faithful to its historic integrity. For those planning a winter trip, the Sheraton is 10 miles from the local ski area. 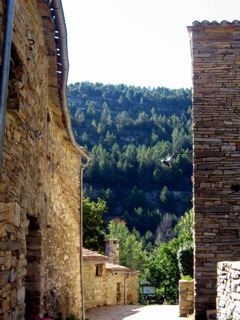 The Vaughantown experience begins in Madrid, with a Saturday night tapas party.  Tapas is a type of appetizer or light snack, that is common in Spain. During the party, the Vaughantown organizers introduce students and volunteers, and provide some orientation about the program. The next morning, you board the bus and head to your destination. The bus ride is an interesting experience,  because most of the students are not yet comfortable with the English language.  This changes dramatically on the return trip.

The Vaughantown day, as well as the English conversation, begins at breakfast. Anglos, or English-speaking volunteers, sit with Spaniards and initiate conversation.  One-to-one sessions begin after breakfast. Since the Anglos come from different parts of North America, Great Britain, Australia and New Zealand, the organizers pair them with a different students throughout the program.  This allows the Spaniards to recognize the regional accents, nuances and subtleties.  The volunteers work with four different students between 10 am and 2 pm. Conversations revolve round specific English idiomatic expressions, or themes about life, work, family, interests, etc.

Your daily walk with a student is an integral part of the Vaughantown experience, because it takes the learning out of the classroom and into a real-life experience. As you pass the farmland, churches and other sites along the way, your student explains, in English, of course, their historical and cultural significance. The walk also gives the students time to engage in general chit-chat, as they talk about their families, their work, their jobs, and in some cases, their love life.

The Play’s the Thing

Theatrically-minded Anglos can opt for skit rehearsals during the one-to-one period. This may involve a pre-scripted play, or a comic improvisation composed by the group. The performances take place after dinner. Toward the end of the week, the Spaniards present lectures on a topic of their choice. Topics often pertain to presentations that their companies want them to conduct in English. The Anglos ask spontaneous questions in English, to which the Spaniards must respond.

The Queimada is the high point of the Vaughantown week. Mystery shrouds this intriguing Galacian celebration, designed to scare away the evil spirits.  Candles in clay pots light the room, while the master or mistress of ceremonies prepares a drink composed of wine, brandy, herbs, sugar, coffee beans and lemon. Someone recites an incantation:

spirits of the misty vales.

The officiator sets the brew on fire. Flames soar toward the ceiling. The incantation continues:

And when this beverage

goes down our throats,

we will get free of the evil

of our soul and of any charm.

Everyone drinks a cup of the mystical liquid. Dancing and partying ensues.

The week ends with a farewell party, and a thank-you service for the Anglos.  There are only a few dry eyes during the ride back to Madrid. Some participants choose not to end the experience, and set off to explore Spain and the rest of Europe with a new set of friends.

Vaughantown does not cover the cost of your airfare or your hotel in Madrid, but through a special agreement with Starwood Hotels, they offer discounted rates at hotels throughout Spain.

Lisa Marie Mercer spent most of her professional life in the fitness industry. After discovering that she could barter her fitness skills in exchange for stays in international destinations, she set out to explore the world. Lisa taught fitness to an international student body while studying Italian in Perugia, Italy, arranged an impromptu fitness class at a Global Unity conference which took place a castle in Bechyne, a small town outside Prague, and taught a ski fitness week in Portillo, Chile. Lisa has traveled to most parts of the globe, and lived in different parts of North America. She spent six years living in Colorado, working at a ski resort and conducting historic tours of Breckenridge. Her published books include "Breckenridge; A Guide to the Sights and Slopes of Summit County,' and "Winter Fitness: Mastering Life Through Love of the Slopes."