China has 44 metropolises with a population of more than 1 million, which is astonishing, considering that most of us would be hard pressed to name many cities in the Middle Kingdom beyond Shanghai and Beijing. But many of China’s true treasures lie well beyond the throngs climbing the Great Wall and ascending the Pearl TV Tower, and hip, adventurous travelers are starting to venture into some of China’s lesser-known corners.

If you’re the type that craves a taste of local dishes and a glimpse at just what makes this heaving nation tick, these five Chinese cities should be on your radar. 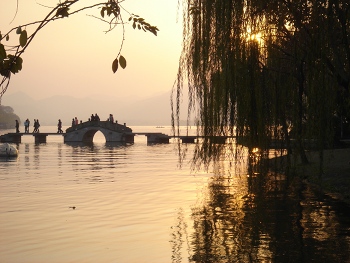 Perhaps the best known of the lesser-known Chinese cities, Hangzhou (pronounced “hong-joe”) is a buzzing center of shopping and upscale Chinese life. Sadly, although only a two-hour bullet train ride from Shanghai, many foreign tourists miss this “paradise on earth” altogether.  Home to urban terraced tea fields and shiny shopping malls overlooking the waters of its famed West Lake, Hangzhou successfully marries old with new, as behind the city’s enviable collection of designer labels and Ferraris, it is a center of ancient arts: silk-making, pottery and tea. Hangzhou was founded more than 2,000 years ago and even served as the Chinese capital during the Southern Song Dynasty (960-1279). Among the main attractions to this Zhejiang Province capital are enjoying a boat ride on West Lake, taking in the view from Liuhe Pagoda and experiencing a traditional tea ceremony at the Dragon Well Tea Plantation. 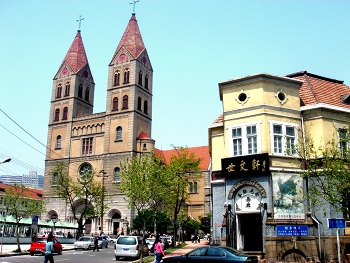 You might have seen the name of this city written in an old spelling as “Tsingtao,” a moniker which lingers on with Qingdao’s (pronounced “chingdow”) most famous export: Tsingtao beer. As Chinese cities go, Qingdao has had quite an odd history. It existed as a simple fishing village for thousands of years and began to grow in the 1700s under the Qing Dynasty. It wasn’t until 1891 that Qingdao’s fortunes began to change — the seaside city was marked by the imperial government as a good naval base and German naval officers were brought in to survey the area and suggest improvements. Instead, they took over, making Qingdao into one of only a handful of foreign colonies to ever exist in China. The Germans did a lot of good — they expanded the streets, built administrative offices, created a potable water source and electrified the town. And in good German form, they also established a brewery, which is today China’s most successful beer company.

Beer is a good reason to go to Qingdao, especially in late summer, when the Tsingtao Beer Festival is held each year, but it’s not the only thing on tap. The city boasts several urban beaches, a mountain park, a harbor-side downtown skyline and great nightlife options, not to mention the seafood prepared freshly and cheaply from hundreds of restaurants around town. The presence of German architecture can also still be observed in a number of houses in the old city center, as well as the iconic double spires of the neo-Romanesque St. Michael’s Cathedral. 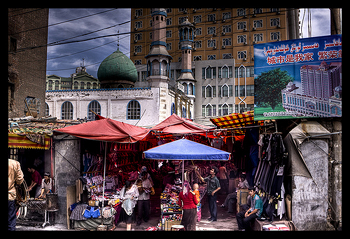 The capital city of China’s most infamous province, Xinjiang, Urumqi is home to an amazing collection of cultures and architectural styles. In addition to the  Han Chinese people, language and architecture that are so typical around China, Urumqi is notably home to the Uyghur people, as well as Tibetans, Kazakhs, Mongolians and Russians. Situated in the far northwest corner of China, Urumqi beats to its own drum, with colorful markets full of Central Asian faces and goods. Mixed in with the bog standard Chinese block architecture are Central Asian turrets, domes and rounded windows. And while you can certainly enjoy a hot plate of just about any typical Eastern Chinese dish, the real stars of the culinary show here are derived from halal cuisines prepared by the Islamic Uyghurs. 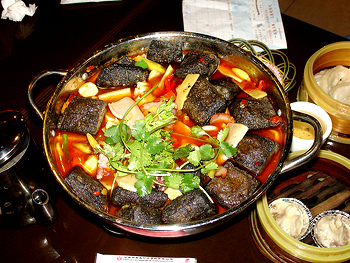 Although on first glance it appears to be like any other mid-level Chinese city, a lot lurks under the surface in Changsha, and most of it is truly spicy. Though it is probably best known as being the city where Mao Zedong first became a communist (that’s right, at Changsha’s very own No. 1 Teacher’s Training School), the city’s real gem is its food.

Changsha is the capital city of the southern Hunan Province, known around the world for its tongue-tingling chilis that can make even the spiciest food lover twinge. There are some 4,000 different dishes in this “Xiang cuisine” — so-named for the river that flows through the city — many of them laden with peppers, garlic and spicy red sauces. Another way to enjoy Changsha’s lively food culture is to get outside of the traditional restaurants, onto the city streets, where local chefs set up grilling stations each night and present a huge range of skewered meats and veggies for coal roasting. 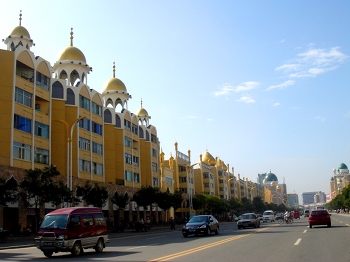 Mongolia can be a confusing place: part of it is in China, part of it is its own republic. What gives? Hohhot is the capital of Inner Mongolia, which is a province within the People’s Republic of China, though most of the people here are of Mongolian ethnicity.

Sandwiched between grass prairies and mountains on the edge of the giant Gobi Desert, Hohhot’s name comes from the Mongolian word for “blue skies.”  What distinguishes Hohhot on first glance is its unusual architecture — a series of golden domes and turrets lead the way down one of the city’s main avenues. Mongolian script, and sometimes Russian, can be seen alongside Chinese on most signs and there are dozens of temples and mosques scattered all over the city connected to numerous religions: the Buddhist Da Zhao Temple, the Muslim Great Mosque, and the Indian-style Temple of the Five Pagodas. If you make it to Hohhot, you should also spend a day exploring the vast grasslands to the north of Hohhot, taking in an overnight stay in a yurt tent complete with traditional nomad dinner.