The Caribbean and All That Jazz 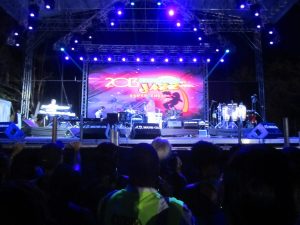 The Caribbean is one of the most popular regions to host jazz festivals with almost thirty to date happening in and around the island chain. The festivals have managed to attract international artists such as Earth, Wind and Fire, John Legend, Chakka Khan, Emel Sande, and even Sting! Unlike Jazz festivals in other parts of the world held in huge concrete venues, when it comes to the Caribbean you can count on jazz under the stars set a backdrop of palm trees and seascape under a balmy, starry sky. The festivals are more intimate with less of a crowd and are in an informal setting where you can get up and walk around, grab a bite to eat and even walk up to the stage just to capture that great photo. There are a growing number of Caribbean islands with their own jazz festival, here are just a few.

Puerto Rico Heineken Jazzfest
http://prheinekenjazz.com/tion
It is known as the Puerto Rico Heineken Jazzfest and is held at the Tito Puente Amphitheater, San Juan and lasts for four nights. It caters to the Latin side of jazz featuring Puerto Rican music styles and rhythms. It seeks to infuse the jazz beat with the sophistication musical style of Latin artistes. A featured artist was Puerto Rican, William Cepeda who introduced the sound of African-jazz. So, catch a two-hour flight to attend this musical concert of Spanish and African sound. 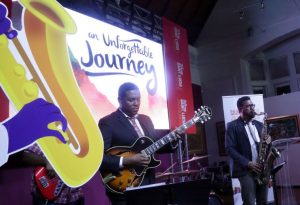 St. Lucia Jazz Festival
stluciajazz.org
The first and longest running jazz festival, St Lucia attracts top music makers from around the world. Some of the big names include Marc Anthony, Air Supply, Dionne Warwick, Kool and the Gang, Diana Ross and even the Jacksons have performed. The show also encourages the diverse sound of reggae, calypso and soca of the local acts to take to the stage. Held at a number of venues around the island, the backdrop of the Pigeon Island National Landmark is one of the best sets in the Atlantic Ocean. It is primarily held in the month of May and has the added attraction of an arts component where dance, art, theatre, fashion and literature all come together.

Aruba: Caribbean Sea Jazz Festival
http://www.caribbeanseajazz.com/
Aruba offers the Caribbean Sea Jazz Festival which is held for the duration of two days around September or October every year. It is of course an outdoor festival that takes place at unique venues typically tropical with palm trees, sandy beaches and opens to gorgeous sunsets. Each year Erik Eman the festival director takes the festival to new levels incorporating more musicians from the global and local stages to mesmerize crowds. Now, in existence for more than ten years it attracts more than 8,000 jazz lovers to its shores. Patrons can take part in poetry, art and dance programs. 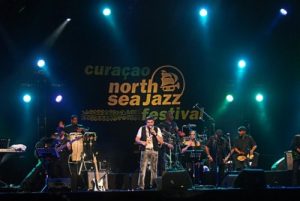 Curacao North Sea Jazz Festival
www.curacaonorthseajazz.com
This annual jazz festival is a great excuse to go see Curacao, reminiscent of Holland, with its famous colorful architecture in Willemstad. The festival is held at the Curaçao World Trade Center in Piscadera Bay in the capital city. It has attracted big names from the world of entertainment such as Chris Brown, Tom Jones, Gladys Knight, and Pharrell Williams. You will need to check with the website to find out when the next jazz festival is scheduled. 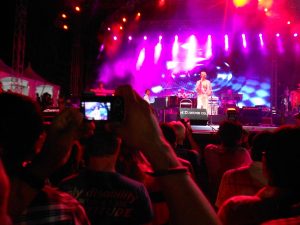 Tobago Jazz Festival
tobagojazzexperience.com/
The tiny island of Tobago plays host to the ‘Tobago Jazz Festival.’ It takes place at various venues across the island and culminates at the open-air beach venue known as the Pigeon Point Heritage Park. Artists such as Dionne Warwick, John Legend, Lauryn Hill and Kool and the Gang have graced the stage in Tobago. And, on a twin island known for its carnival patrons can expect to be entertained by the biggest calypso and soca artists.

Dominican Republic Jazz Fest
http://www.drjazzfestival.com
This four night festival takes place at various venues such as Puerta Plata, Santiago and Sosúa. It features a mix of international stars and local artists. It has been the host to artists from as far as Israel to Chile to the USA. The concert always has its finale night on one of the beautiful beaches of Cabarete. A big part of the festival is the educational aspect which gives opportunities for those less fortunate to learn about music through workshops and programs.

The jazz festivals of the Caribbean happen at various times of the year with almost all making use of their picturesque scenery and open air venues. These festivals offer not just the sound of jazz by international artists but also showcase local talent and artists from fellow islands. You also get to sample a taste of the island with its signature dishes and drinks. So, check out the festivals and celebrate all that’s jazz in the Caribbean islands.