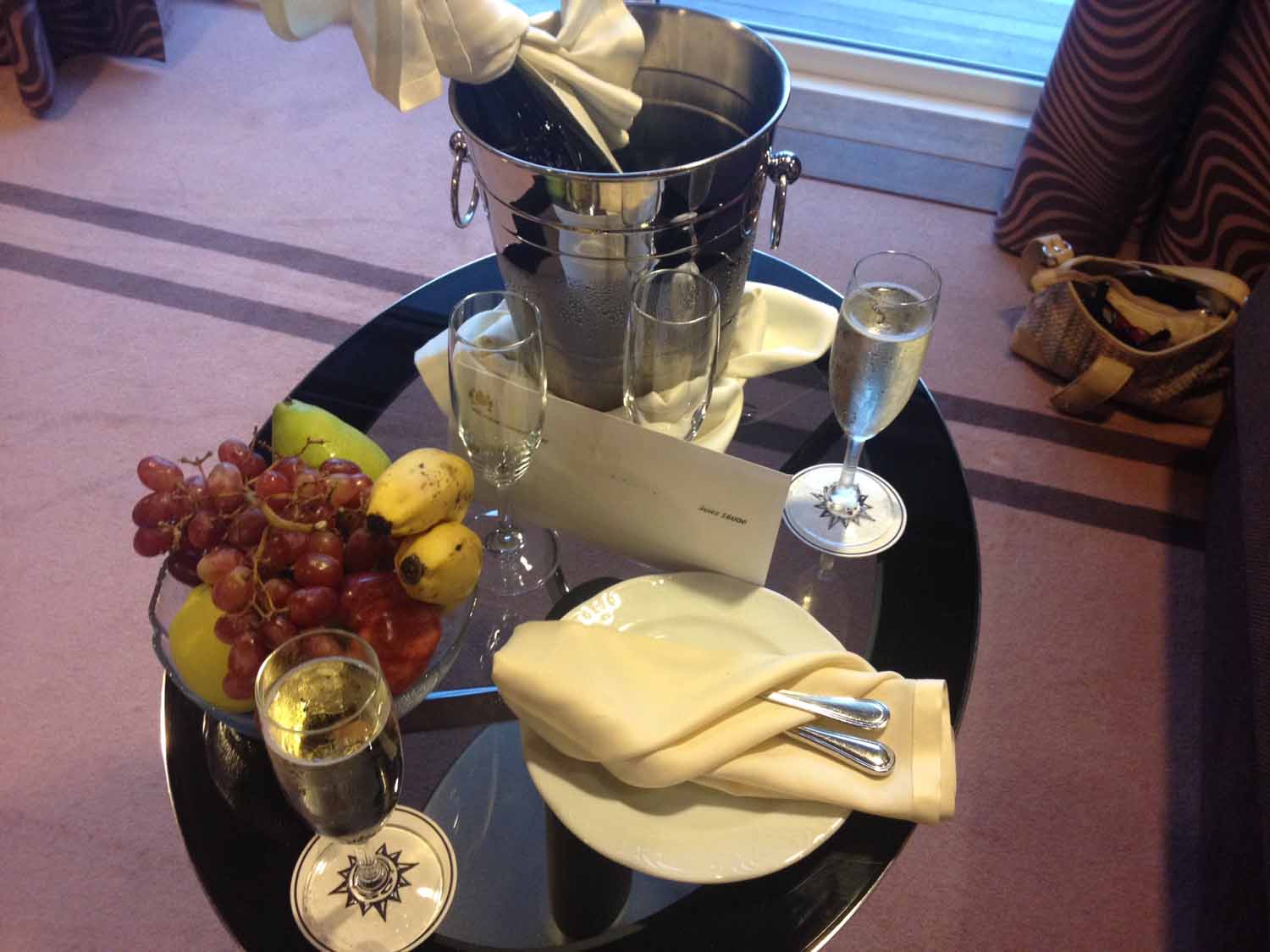 In the past, MSC Cruises has sailed hundreds of enthusiastic crowds out of a myriad of global destinations that include Europe, South America, and even Dubai. The Italian cruise line decided to bring the MSC Divina to Miami in 2013 and their Caribbean cruises have been so successful this past year that they are booking dates through 2016. The interesting thing is that they are still getting the same European and Asian clientele in Florida, as most Americans have not yet heard of this hidden gem of a cruise line.

MSC Cruises are unique not only in the scope of their international popularity, but also due to a number of amenities that are exclusive to their own ships. These include the only infinity pools on cruise ships, Swarovski crystal staircases inspired by the ship’s godmother, Sophia Lauren, and the MSC Yacht Club, a concept for the luxury traveler.

A Ship within a Ship
The MSC Cruises Yacht Club is referred to as a “ship within a ship.” It’s a good description, as the majority of the amenities are kept separate from the rest of the ship.

Guests within the Yacht Club have access to a variety of luxuries, including: complimentary stocked mini-bars in their spacious cabins; butler service; a private pool with Jacuzzis, breakfast, lunch, and a bar with snack service; and a private elevator from the MSC Yacht Club floors directly into the spa, where they receive one free admission to the sauna, steam, and relaxation area.

Two other amenities from the MSC Yacht Club have their advantages and disadvantages. Drinks, including alcoholic beverages, wine, beer, and specialty coffees are included at no cost to those in the Yacht Club, but only within the restaurant, lounge, pool, and cabins. If you venture to other parts of the ship, you will need to pay for any alcohol you purchase.

The other interesting aspect of the MSC Yacht Club is its own specialty restaurant, Le Muse. The restaurant itself is magnificent, with the eatery’s feeling and atmosphere more akin to an Italian restaurant than a cruise ship dining room. The service is impeccable, the menu wide-ranged, and the (complimentary) wine and prosecco a nice treat. On the downside, it’s on the other side of the ship from the Yacht Club, which means you need to walk outside on what often seems to be a windy top deck, or take elevators down, across, then up again.

Not Your Usual Food
The food on the MSC Divina out of Miami is often the subject of discussion from those who have not previously experienced the ship overseas. It’s not served in overabundance the way you would on many cruise lines sailing from the United States. Portions are reasonable and waiters will always be happy to get you more, but there is no encouragement of non-stop eating around the clock or tremendous portions.

The buffet is also different from what you might expect. Various stations offer salads, fruits, and international cuisine. The desserts also tend to include a more exotic range than some people are used to. You are much more likely to see crème brulee served than you are to find vanilla pudding.

You will find that the food on the MSC Divina rightfully leans toward the Italian variety, and most of it is spectacular.  The pizza is especially popular and is deserving of the accolade. It’s about as good as it gets, especially if your favorite slices normally come from New York. The gelato is also fantastic, but it is an extra charge (about $5) unless served during a meal. Soft ice cream dispensers are located just around the corner from the gelato and are free of charge.

Activities
You will not run out of things to do on the MSC Divina. With five pools, including the only infinity pool on a cruise ship, you won’t have a hard time finding space in the pool or a lounge chair. You’ll also find some unusual things to do, like a wine blending class. An enormous fitness center and Aurea Spa is available onboard the ship if you’d like to get your mind or body in shape. The staff of the tranquil spa is trained in Bali with the latest rejuvenation technology so they may offer both standard and unique treatments, such as the Himalayan Salt Ritual.

The kids clubs on the MSC Divina have access to activities until after midnight so parents can enjoy some quiet time if they wish.  Among the things available to keep kids busy are the Virtual Games, including a Formula 1 race car simulator, a 4D Cinema, and PS3, Xbox 360, and Wii consoles. Children of all ages will also enjoy the pool waterslides.

Broadway Style Entertainment
The entertainment on MSC Cruises is also something that is a bit more unusual than those found on other cruise ships leaving out of Miami. The shows are all spectacular “productions” in one very large theater, though you will also find lounge singers in every bar on the ship each night.

Don’t be discouraged by the descriptions on the daily program of the shows, as they seldom do them justice. From the Cirque du Soleil-style acrobatic show to the Michael Jackson tribute, every night you’ll find something well worth watching.

While MSC has had some issues attracting Americans with their slightly different cruise experience, they have found that those who give it a try almost always become repeat guests.